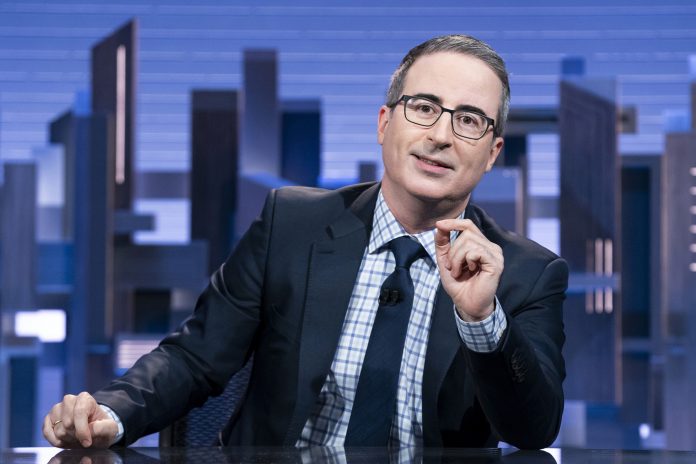 The popular late night show »Last Week Tonight With John Oliver« on HBO campaigned for the rights of sex workers in a well-researched segment calling for an end to discrimination and criminalization in the US.

A well-researched 25-minute segment on the popular satire show Last Week Tonight With John Oliver advocates for the decriminalization of sex work in the United States. In doing so, HBO and John Oliver are taking a clear stand for the rights of sex workers and the freedom of sexual self-determination.

From the very first sentences, Oliver makes it clear that he cannot understand the lying, hypocritical and confused attitude of the U.S. towards sex work: »Everything about the way we regulate sex work in this country is confusing and counterproductive. And when we talk about it, it’s either demonizing, patronizing or just plain wrong – and in some cases, all three at once.«

He adds, »As long as sex work has existed, so have efforts to stop it. And it comes in many forms: from people who object to it on moral grounds, to those who associate it with crime, to those who want the practice permanently ended, as they believe all sex work is exploitation and absolutely cannot be done consensually.«

Oliver, however, argues vehemently for a nuanced view, since sex work is, after all, part of human life. »But a human history’s worth of shitty laws hasn’t changed the fact that sex work has always been part of society, appealing to every interest and any kind of clientele and sex workers are not a monolith – people from a variety of backgrounds do it for a variety of reasons.«

In closing, speaking about the absurd ban on prostitution in the U.S., he notes, »Our current system of criminalizing the trade, and driving everyone underground is actually only making life harder for the most vulnerable involved.« There is no clearer or more nuanced way to say it: sex work must be legal, everywhere and always. To have control over one’s own sexuality and body is one of the fundamental human rights.