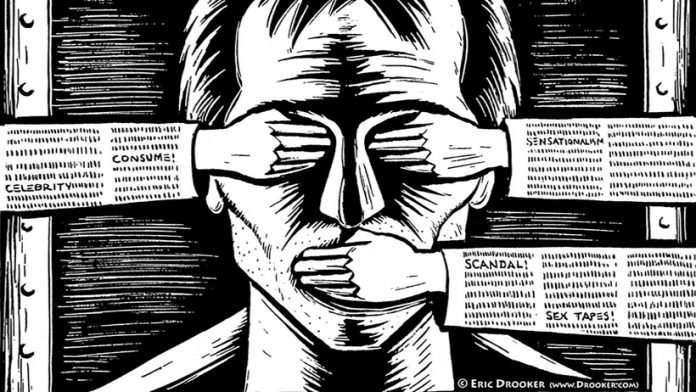 The online auction house eBay will effectively ban the sale of adult entertainment products and other items labelled »adult only«. The new policies will come into effect June 15.

The pioneering online auction platform eBay made the announcement through an update of the »Adult items policy« page. The company also started sending out emails warning accounts of the new terms and conditions thereby telling many trading partners that their business will abruptly be shut out from the platform.

The company’s decision is another step backward in free expression and banning sexuality from another major platform dominating the internet. eBay declard shockingly that its new policy means that »most adult-only items are prohibited.«

This will lead to confusion and arbitrary decisions and a very difficult working condition for many sellers that are affected. While items containing nudity for example will not generally be forbidden, the will only be allowed if eBay moderators consider it the products in question to be»nude art listings that do not contain sexually suggestive poses or sexual acts«. Those art listings, paintings and statues and probably movies of all kind containing nudity that will be tolerated will be categorized as »risqué«.

According to xBiz news, »eBay offers their own definition of nudity as ‘showing any part of male or female genitalia, anus or female breasts where the areola or nipple is visible,’ but then expands this definition to also include modeled clothing that is see-through or very tight and shows human genitalia, the anus or the nipple/areola of female breasts; male erections, even if the model is clothed; and people engaged in sexual contact or activity.«

eBay will make an exception for several adult magazines, but only these four: Playboy, Playgirl, Mayfair and Penthouse. Old issues can be listed for sale or auction »as long as the listing does not contain nude images or explicit content.« For some strange reason, all other adult publications will be banned come June.

eBay announced the delisting and elimination of the category: »Adult Only Sex Toys, Accessories, Clothing, Jewelry, Books, and Music«. Sellers that use these categories will see their offerings deleted. If the products in that category can still be sold on the platform they have to be listed again in other categories.

As a reason for the aggressive switch in its terms and conditions, eBay stated that  »we want to make adult items available to those who wish to purchase them and can do so legally, while preventing those who do not wish to view or purchase these items from easily accessing them.«

You can find the new rules here.