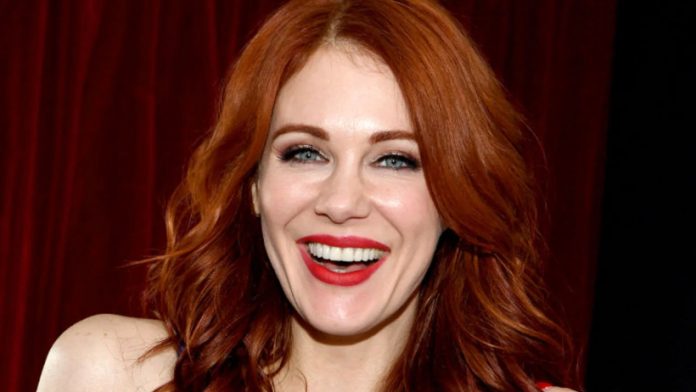 The stratospheric rise of former mainstream actress Maitland Ward to one of adult entertainment’s biggest stars made headlines worldwide. So it was only a matter of time until a book publisher came along hunting for a potential blockbuster title. Ward now signed with Simon & Schuster, one of the biggest publishers in the US, to publish her memoir.

While it is not rare that stars and celebrities start out in adult entertainment, it’s still rather uncommon that mainstream performers make their adult debut late in their careers. For Maitland Ward, the risky move turned out to be a phenomenal success and apparently immensely lucrative.

Her editor Michelle Herrera Mulligan said about Ward: »Her rare perspective on the sexism she experienced first-hand in Hollywood, and the liberation she’s found in women-produced adult entertainment, will inspire, shock and inform a generation eager to learn her story«.

Commenting on her book deal, Maitland Ward said: »This is one of the proudest moments of my career. I’m so thrilled that I get to share my life and story in such a unique and impactful way. I am beyond grateful to Simon & Schuster and Atria Books for having belief in my writing and my voice.«

Additional info on Maitland Ward can be found on her social media accounts. She is very active on Twitter and Instagram.