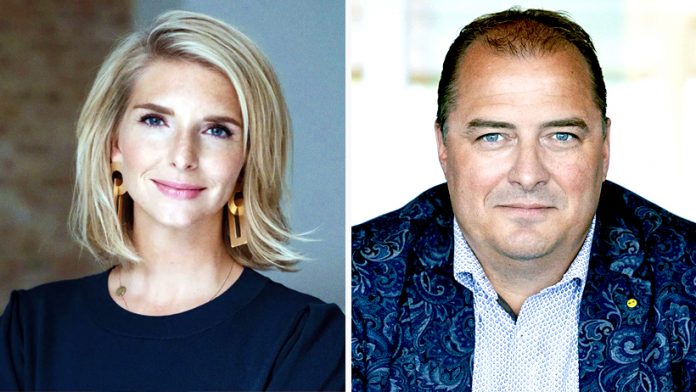 EQOM is still aggressively expanding its market share in the retailing sector by strategic takeovers of several well-known brands. After buying the Norwegian chain Kondomeriet and adding the Dutch retailer Christine le Duc to its already impressive roster retail brands like Beate Uhse, EQOM now announced the acquisition of the German e-commerce company Amorelie which was one of the largest online brands in the market. The takeover ends the relationship between Amorelie and its current owner ProSiebenSat1.

Eric Idema’s strategy to become the market leader in the retail business with sexual well-being and sex toys is reaching a new milestone. After the acquisition of high-profile legacy brands like Beate Uhse and Kondomeriet, EQOM Group is now on course to meet its goal of reaching a combined turnover of 500 million euro by 2025. Amorelie alone will add a whopping 62 million to its current sales of an estimated 220 million euros for 2021.

Amorelie, founded by Lea-Sophie Cramer in 2013, has quickly emerged as one of the biggest brands in the online retail business with sex toys and sexual wellness products. After being taken over by the German media conglomerate ProSiebenSat1 in 2015, the company grew significantly and got a major boost during the pandemic.

The e-commerce company employs about 150 people with influence in the neighboring countries of Austria and Switzerland and is also active in France and Belgium. About his recent acquisition Eric Idema, CEO of EDC Retail and Chairman of EQOM Group said: »It is a big and strong brand in German-speaking countries and one of the biggest brands in the E.U. The company has a great image and is known for its female-friendly approach to erotic products towards a broad target group. Products they carry are colorful and stylish. The way in which the subject is discussed also has clear added value for us.G

While Lea-Sophie Cramer will now sell her remaining 2% stake in the company she founded, the current CEO Claire Midwood will remain in her position at Amorelie which will remain independent in its day-to-day operations as well as a brand. She said: »We are more than excited to become part of the EQOM Group and build our future together with Eric and his team.«

She added: »We have a shared vision of the importance and opportunities in the sexual wellness industry and are convinced that this collaboration will enable the group to reach more customers, in new countries, with new innovative products.«

Additionally to EQOM and EDC Retail, the Dutch group also controls the brands EasyToys and the wholesaler Eropartner Distribution.

About his buying spree strategy Idema said: »By working together, we can break the still-prevailing taboos once and for all so that soon everyone between the North Cape and Key West will have a sex toy of ours in their bedside table.«

Additional information can be found on the company’s website under EQOM.com.