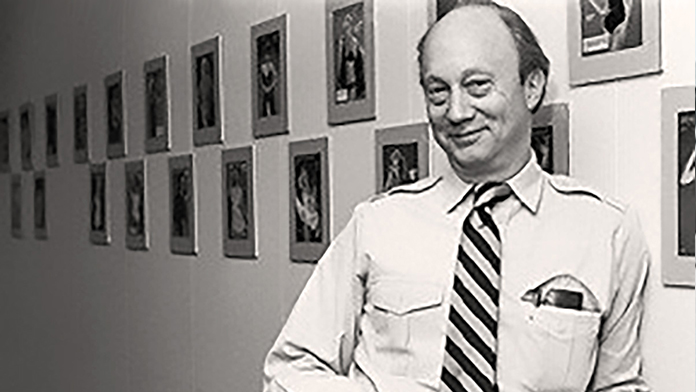 Phil Harvey, founder of the U.S. adult retail and entertainment company Adam & Eve, died Dec. 2 at the age of 83. His company, active in over 90 countries around the world, celebrated its 50th anniversary this year.

After his family announced Harvey’s death, Adam & Eve released the following statement, »Phil Harvey never intended to create America’s largest adult toy empire. What began as his master’s thesis at the University of North Carolina at Chapel Hill 1969 – the selling of condoms by mail – quickly evolved into the nation’s No. 1 adult products company that is known today as Adam & Eve. Today, Adam & Eve is the nation’s preeminent provider of pleasure products, with a broad range of sex-positive items, including sex toys, vibrators, lingerie, and, yes, condoms.«

The company added, »In addition, Adam & Eve Founder and President Phil Harvey uses his share of the company’s profits to help fund DKT International. Rated as one of the best international family planning and AIDS prevention organizations in the world, DKT’s family planning programs provide accessible, affordable birth control products and services to millions of couples, making it possible to prevent HIV infections and assist with family planning. The efforts made by DKT in Africa, Asia and Latin America help improve family health, lower infant and maternal mortality and improve prosperity.«

Many industry members showed their sympathy, sharing memories and expressing condolences to his family and loved ones.

Former boss at California Exotic Novelties, Al Bloom, knew Harvey for four decades. Commenting on his companion’s death, he said, »Our industry has lost a true giant today, and it pains me greatly. I send my sincere condolences to his family and all who had the honor of working with him.«

Bloom makes it clear that the industry also has Harvey to thank for saving the now highly influential industry association, Free Speech Coalition (FSC), »In 2002, I was given a grim prognosis of esophageal cancer. My best hope for beating it was life-saving surgery at USC University Hospital by a world-renowned surgeon. At the same time, the FSC, with donated space at my office, was floundering with little support and no funds to go on. Before I went on leave, I called Phil Harvey and asked for his help to save the FSC by coming to California and speaking to industry leaders at a meeting. Phil said he would be honored to help. Since every industry company either was doing business with PHE or wanted to, the turnout was exceptional and membership in FSC skyrocketed. FSC was saved and is still going strong to this day, and Phil, my good friend, stepped in when his help was needed. Over the years, Phil and I shared the stage at many different industry functions. I have never met such a gentle soul who was laser-focused on protecting our freedoms. He will be sorely missed.«

The head of Perfect Fit, Stephen Callow also commented on the death of the Adam & Eve founder, »When his company started marketing one of my first products, some 15 years ago, I was fortunate enough to have a tour of some of their facilities. Immediately, I was struck with the massive technology infrastructure they had invested in building for their B2C experience and operations. Coming from a technology consultancy, I immediately recognized that he had made enormous investments in state-of-the-art technology of the time and that really resonated with me. I knew this was a serious company and they knew how to build a big business. I also deduced that IBM considered them a major business because the technology they had was the same technology we would specify to major companies with big bucks to spend on integration and customizations.«

He added, »I knew that Mr. Harvey had taken a small, generally un-respected industry and successfully taken it to the big leagues. It is, no doubt a huge loss to our industry, and I am very grateful for the business he has given us, and the benchmarks he set along his long and incredible journey in our industry. Rest in peace.«