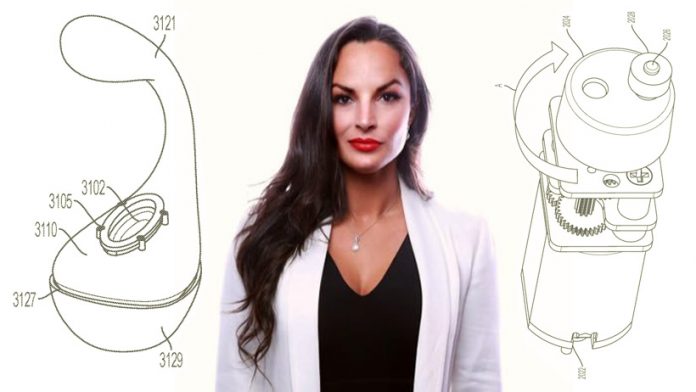 The internationally known sex toy start-up Lora DiCarlo is investing big into its product development. And now the company could announce that it got a new air pressure field stimulation device patented. The technology will be used in Lora DiCarlo’s Baci and Osé devices.

Lora DiCarlo has been awarded U.S. patent number 10,993,873 for its in-house developed air pressure field stimulation. The technology is already in use in the toy maker’s flagship product, the award-winning Osé. The massager made headlines worldwide in the last two years.

The company is proud on its in-house technology and brands itself a sex-tech company. It stated that it has a »a six-person, cross-functional engineering team composed of mechanical, electrical and manufacturing engineers, as well as an industrial designer.«

A representative to Lora DiCarlo added: »The company’s intellectual property portfolio includes applications for 21 utility patents in the U.S, Europe and China; four of which have been granted to date. Patents-pending include biomimicry, pressure-wave generation, micro-robotics, mechatronic controls, electro-magnetic propulsion and multi-compliance materials.«

Originally, the company developed the air pressure stimulation technology in partnership with Oregon State University (OSU) College of Engineering, a cooperation that started back in 2017.

The company’s founder, Lora H. DiCarlo, is still the CEO of the start-up that is slowly but surely becoming a household name in the US sex toy industry. About the research cooperation with the university she said: »Creating new technology inventions takes patience, persistence and teamwork. I can only thank the professors and students at Oregon State University, our talented engineering team and industry-leading sextech intellectual property attorney, Maxine Lynn Barasch, for the hard work and brilliant ideas that resulted in the gold standard for new inventions – a patent from the US Patent and Trademark Office.«

She added: »This latest patent demonstrates our work to differentiate ourselves within the sexual wellness market, as well as our sophisticated engineering capabilities. We hope to achieve more worldwide growth in the near future as a result of these efforts.«