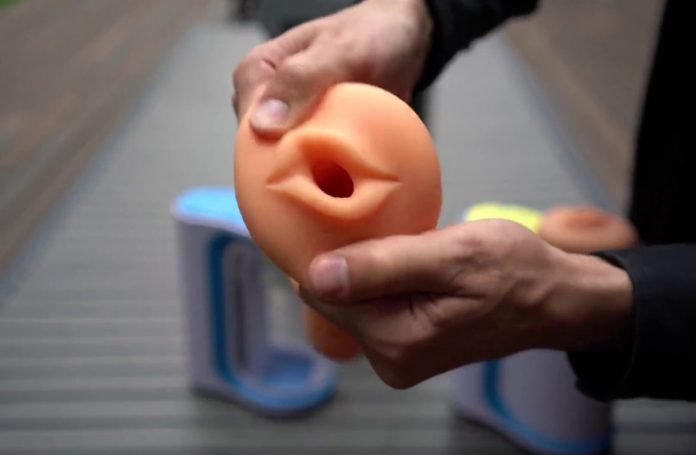 Brian Sloan, the Autoblow’s inventor commented that the voice is »the main way we express our sexual needs to partners, and I am working towards a future where we will speak the same way to our sexual devices.«

Sloan is also a huge critic of censorship-drived app stores like the big monopolists Apple and Google. That’s why the Autoblow app won’t be available on these platforms. He explained, »We refuse to be forced to use nonsexual words to describe the sexual functionality inside of our app, and we refuse to hide or attempt to hide the Autoblow app’s true use case.«

He also stated, »If we self-censor sexual language in order to reach people in Apple and Google’s app stores, we will only restigmatize the normal sexual behavior which millions of people have worked for dozens or even hundreds of years to normalize.«

Sloan seems dedicated to fight this out with the biggest companies on the internet. »We reject the stranglehold that Apple and Google have over hundreds of millions of people’s sexual thoughts by limiting the language that can be used refer to sexual activity within apps in stores they control.«

For that reason, Sloan hopes that other companies will follow his example and maybe another, more adult-friendly app store system could emerge from that.

Additional information can be found on the company’s website.