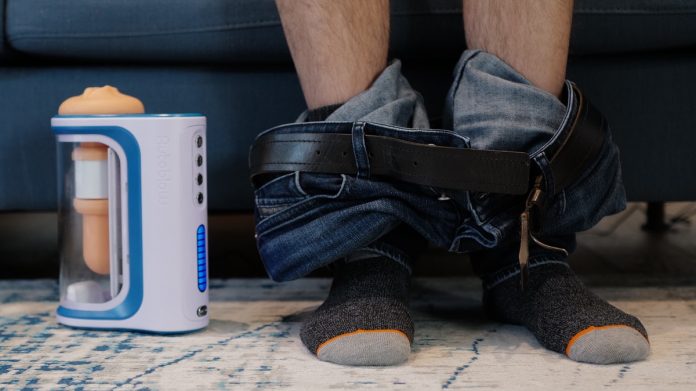 A spokesperson for Autoblow commented the slightly humurous video, »With new technology comes new responsibilities and heightened risks, especially when it comes to sex. The recently launched Autoblow AI+ allows its users to send a link to anyone anywhere, that when opened, permits instant remote device control.«

He added, »But unlike in-person sexual encounters where both people are certain of each other’s identities, virtual sex introduces the opportunity for mistaken sexual interactions and even intentionally deceptive ones.«

Brian Sloan added, »As technology-enabled sexual interactions become commonplace, I believe its necessary to educate the public about the potential risks of this new type of sex. Most people have experienced accidentally sending an email or receiving one not meant for them.«

If you want to know more about the toy, visit the company’s website. Here you can watch the video: