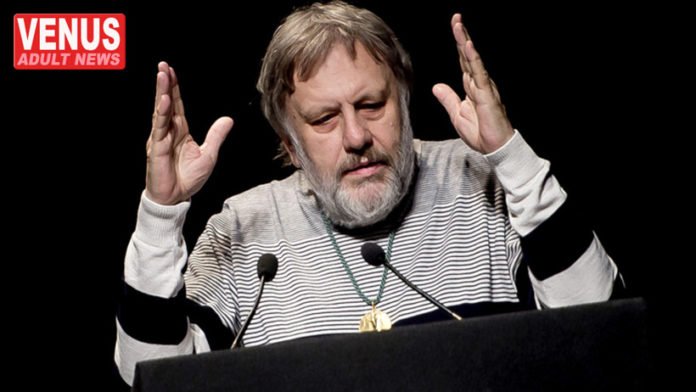 One of the most influential philosophers in the world in terms of media has commented on sex and pornography in the Corona crisis. Although Slavoj Žižek chose a somewhat questionable publication for his essay on the significance of sex during and after the pandemic, the controversial philosopher is never boring.

In the midst of worldwide corona fever, Slavoj Žižek publishes an essay on sex and pornography on the Russian propaganda site Russia Today. In the essay »Can Covid-19 Remind Us that Sex Is an Important Channel for Spirituality,« the popular philosopher asks whether the global crisis is reopening sexuality as a spiritual experience.

In his essay, he develops the possibility for a new intimacy and a more conscious sex life arising from the politically imposed social distancing rules: »The COVID-19 epidemic will certainly give a boost to digital sexual games, but hopefully it will also lead to a new appreciation of physical intimacy and we will remember that sex between two people is a medium for spirituality.«

According to Žižek, this is particularly important because, as studies show, digitalization has now led to teenagers spending less time discovering their own bodies and sexuality than surfing the Internet.

Due to the medialization of our environment, we have moved far away from the very essence of sexuality. This would go so far that the claim by anti-porn activists that online pornography creates a gap between reality and fantasy is absurd. This gap already exists and people are trying to close it, according to Žižek, with online pornography.

He is therefore convinced that the pandemic will initially cause a spread of digital sexuality, that physical contact will initially decrease. Nevertheless, he believes that a new appreciation of the sexual intimacy of the body will set in. In the words of Žižek: »(…)we will learn again the lesson of Andrei Tarkovsky for whom earth, its inert, humid stuff, is not opposed to spirituality but its very medium.«

Žižek has been involved in numerous public debates for decades and loves to provoke. In countless videos, he expresses his views with powerful facial expressions and gestures on life in the midst of late capitalism and digitalization. He is a professor at the Institute of Sociology and Philosophy at the University of Ljubljana, he teaches German at New York University and heads the Birkbeck Institute for the Humanities at the University of London. His works are published in German by the renowned Suhrkamp Verlag. In documentary films such as »Žižek!« and »The Pervert’s Guide to…« he has been able to reach a large international audience.

You can find the essay by Slavoj Žižek here. You can view and order his German-language works on the Suhrkamp website.