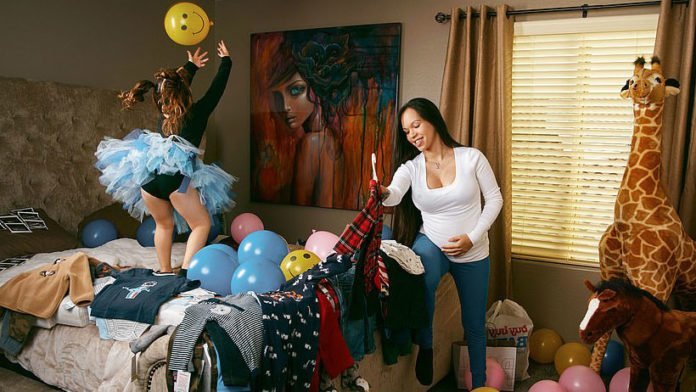 In addition to the photos, the magazine also published a reportage by Laura Lee Huttenbach, which focuses on the stories of the women portrayed.

Huttenbach writes about Koeth’s approach: »Her goal was to meet mothers working in the adult film industry, to try and answer some of the questions she had about their lives. How do they balance motherhood with their work? How are they treated at school gatherings?«

Brookes says: »After having my son I realized, ‘I’m a single mom and, oh shit, what can I do that’s going to bring in income now?’ He is literally my everything. Everything I do is completely thought out around him… The minute the camera is off and I leave set, it’s back to being a mom.«

For her part, Cox is honest with her daughter about her career choice.

But all the actresses point out how much their motherhood shapes their view of the world and their work. Cameron Canela says: »Before, I definitely embraced who I was in the adult industry and didn’t really care what people thought about it. I was like, ‘This is who I am, this is what I like to do.’ Now I like having more of a conservative image. That has been the biggest transition for me, just realizing that there’s still a whole other side of me.«

Koeth’s photographs respectfully portray the actresses and show the normality of the women behind the sexy image. She says, »Their lives are just as complicated as the rest of ours. I’m grateful to these women for trusting me with a piece of their lives that, professionally, they prefer to keep secret.«

You can find the photo spread and accompanying text on the website of the British Journal of Photography.