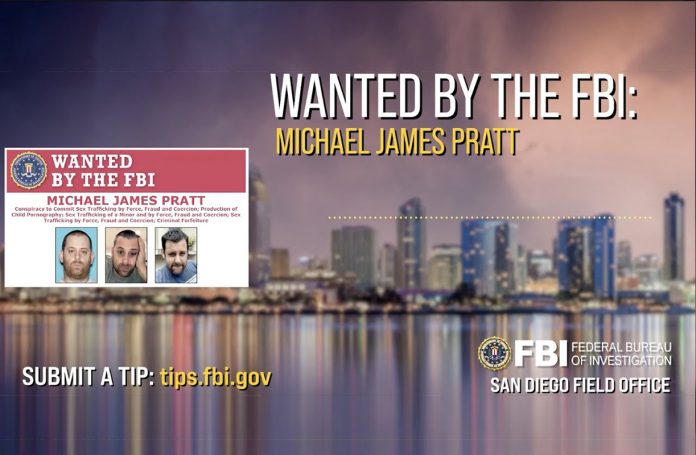 The hunt for Pratt, a 39-year-old man, born in New Zealand will now increase in intensity and public awareness about his crimes will heigthen. Additionally the reward for information leading to his arrest has been doubled.

One of the special agents involved in the case, Stacey Moy, went so far as to declare Pratt as a »very significant public danger« and that the FBI needs the public’s help in locating him. In the mind of the FBI, he is a hardened criminal with no respect for other human beings.

The US Attorney Randy Grossman added, »According to our allegations, Pratt used force, fraud and coercion to recruit hundreds of young adult women, most in their late teens, and at least one minor victim.«

A few years later 22 women sued him and his company because they were lured under false pretenses and even stalked in the aftermath of their work for his company. As it turned out, the concept behind the website was from the outset to dox and expose widely inexperienced and unaware actresses who were promised the content would only be sold to private collectors and would not end up on the internet.

But Pratt went even further suggesting that he sadistically enjoyed the pain and suffering of the performers. During the court proceedings it became clear that doxxing, public shaming and stalking of the models was part of the business model.

Many of the models and performers suffered considerable private, professional and psychological damage as a result of the actions of Pratt and his website.

The disgraced pornographer fled San Diego in 2019 during a civil trial while his leading employees and co-conspiritors faced severe charges, four of them pleaded guilty in the federal cases. The judge sided with the victims and ordered a $12.7-million civil penalty against Pratt.

In November 2019 the FBI issued a warrant for Pratt’s arrest on sex trafficking conspiracy charges. Initially, there were many rumours that Pratt had fled to New Zealang and lives there in hiding. Prosecutors believe that Pratt has many ties to other sadists receiving support from them. He might get help from people from Australia, Italy, Spain, Portugal, Turkey, Singapore, Japan, Chile, Croatia and France

The investigations into the website’s business lead to the conclusion that the subscription based website probably generated income of more than $17 million in revenue. Pratt is suspected to still have access to the generated wealth of his crimes. It remains to be seen if Pratt will now get caught and has to face consequences for his behavior.