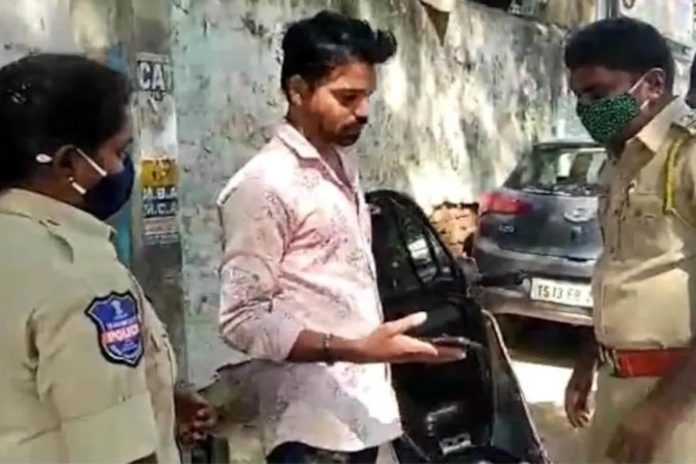 Indian authorities are beginning to search citizens’ cell phones for pornographic content. Police in the state of Gujarat are now apparently even stopping passers-by in the middle of the street to check devices. The aim is supposedly to prevent the illegal distribution of pornography and to protect minors.

The highly controversial warrantless examination of cell phones of blameless residents is now being used by the Indian government to enforce its restrictive censorship policy regarding pornographic content.

People who are arbitrarily classified as suspicious by law enforcement officers in the field must now hand over their cell phones on demand and have them searched by officials. The measure is part of the so-called »digital combing« initiative, which is supposed to protect minors from sexual abuse.

The Indian media is currently full of sex-hostile and anti-porn articles. In the process, the distinctions between free sexual expression, adult imagery, and explicit pornography are completely blurred – a popular strategy among hypocritical populists who play on the neuroses and ignorance of strictly religious people, as well as on the fears of misinformed parents.

Therefore, the authorities sometimes emphasize correlations that have limited significance or even none at all. For example, the state authorities suspect a connection between sex crimes and previous pornography consumption. The police chief in charge, Rajdeepsinh Zala, claims that »in most cases of sexual assault against underage girls, the perpetrators were addicted to child pornography content.«

He added, »Part of the operation is that we ask people for their cell phones. We do that during routine patrols and based on specific information or suspicious behavior of individuals.«

Digital combing works not only by randomly searching passersby, but can also be triggered by tip-offs from the public. Anyone who thinks their neighbor is acting strangely can snitch on them, and the citizen in question will have their cell phone searched.

The Indian Times reported on the first arrest under the new policy. Three men were arrested in Chhiri, near Vapi. The task force had previously received reports from neighbors that the men, aged 19-21, were sharing pornographic content. They are therefore accused of violating the country’s anti-obscenity laws and face stiff charges.