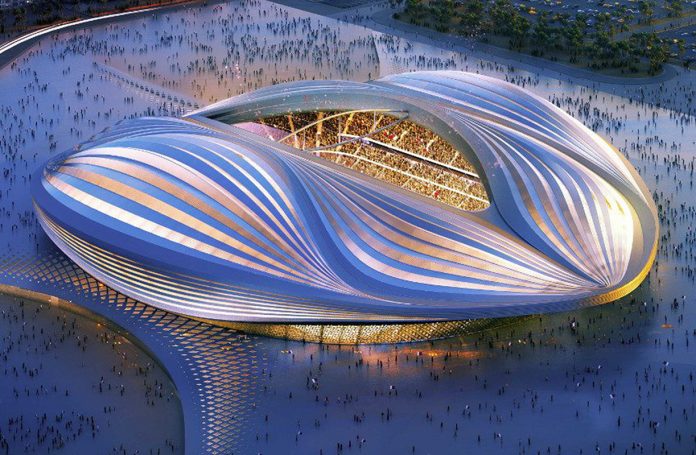 In an interview with the magazine Fast Company Raoufi said, »There’s been so much criticism of Qatar and the labor practices, and it doesn’t seem like there’s been any real backlash. It all just feels like there’s no teeth to anyone’s concern. The whole world is aghast by these practices and yet we’re all watching this game that we’re addicted to. No one dropped out. Everyone’s brand is on everything. Where’s our conscience? Where’s our compass?«

According to Raoufi, the Al Janoub soccer stadium in Doha represents the worst combination of corruption and human rights violations. The stadium faced ridicule and criticism when its renderings were released due to its similarity in appearance to a vagina.

However, the more pressing issue surrounding the stadium is the labor conditions faced by migrant workers who were responsible for its construction. Human rights groups have likened the treatment of these workers to indentured servitude, and it is estimated that 6,500 migrants died while working on World Cup-related projects, though some believe this number to be an undercount.