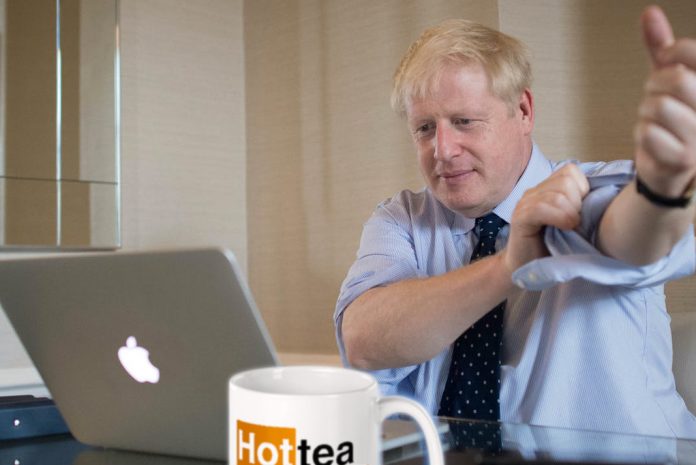 While various attempts to introduce mandatory age checks for adult content on the Internet in the UK have failed several times due to legal hurdles, the British government is trying it again by launching a censorship initiative. This time, it’s targeting Twitter and Reddit. The two providers shall introduce systems that make it possible to remove adult content or implement reliable age verification.

For years, the Conservative government in the UK has been trying to crack down on online pornography under the guise of the protection of minors. Restrictive legislation regarding mandatory age checks for websites or a functioning filter against adult content has already failed several times. Now a new initiative is to be launched against websites that represent the last bastions of a free Internet in which freedom of expression still has precedence: Twitter and Reddit.

Industry representatives and civil rights critics of the censorship plans are increasingly alarmed by the growing influence of religiously motivated NGOs and lobby groups that abuse parents’ fears in order to make their regressive ideas about sexuality acceptable to the general public. Particularly successful in this campaign against pornography and self-determined sexuality are the groups NCOSE and Exodus Cry. The latter in particular repeatedly managed to infiltrate and misinform the opinion pages and reporting of leading newspapers such as the NY Times and The Guardian.

Sex workers and civil rights activists repeatedly emphasize that mandatory age verification on any website that contains or references sexual content can, in practice, become a serious threat to freedom of expression. It would also seriously threaten the LGBTQ+ movement and the ability of sex workers to market their content and earn a living. Sex would be pushed back into a semi-forbidden shadowy realm, societal progress would be reversed, and the health of millions of people would be put at risk.

With sex workers stigmatized and discriminated against on platforms like Facebook, Instagram, and YouTube, Twitter and Reddit are currently two of the few online platforms of any real significance that tolerate adult content. They also offer sex workers the opportunity to promote their accounts on premium fan platforms such as OnlyFans – an opportunity that has become crucial for income and livelihood.

Since conservative politicians can always be sure of the approval of concerned parents, it is hardly surprising that the UK’s increasingly scrutinized prime minister, Boris Johnson, gratefully seized on the issue as a distraction from his own crises and affairs.

Closely timed to the government crisis, Johnson’s digital minister, Chris Philp, announced Feb. 7 that the Johnson government had revived plans to »pornography websites carry out age checks, which would require British users to provide data such as their credit card or passport details to prove they are over 18,« according to The Guardian.

Even the increasingly anti-porn Guardian now realizes the implications of such laws for free speech and the free Internet, and that the renewed censorship effort is simply a red herring of the embattled government. In addition, the proposed legislation raises numerous privacy issues.

Privacy activist Mark Johnson of Big Brother Watch also registers serious concerns. For him, the plan represents a first step toward an ID system for the entire Internet. There would no longer be any limits to the surveillance of people.

He said, »The online safety bill presents a clear attempt to age-gate the internet. This new announcement could lead to a new digital ID system for the internet more widely, even for sites like Twitter. This would be devastating for free expression and privacy and would inevitably result in digital exclusion.«

It remains to be seen whether the law will pass in its current form and whether the Johnson government will stay in office long enough. EU law, in any case, can no longer protect the UK’s citizens from being patronized by their state, as the country is no longer bound by EU requirements as a result of Brexit.