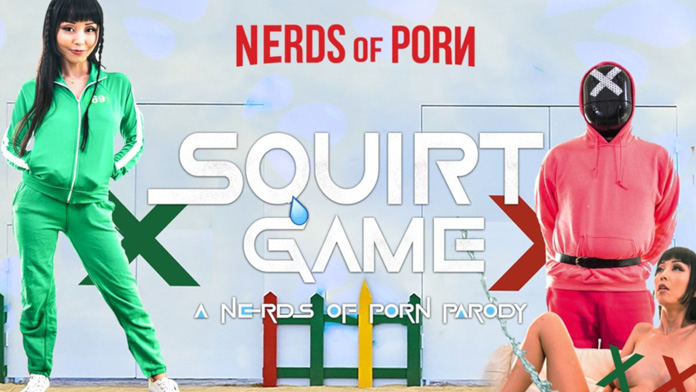 His female lead, Marica Hase, added, »I had so much fun creating and making ‘Squirt Game’ with one of my favorite directors, Adam.  I love the show, and to be able to dress up and squirt was fun too.« A trailer of the movie can be accessed on YouTube and is suitable for work.

Additional information on and access to the movie can be found on NerdsofPorn.com.