A good third of the world’s population was urged by their respective governments to stay at home or banished to their own four walls with curfews until further notice. In order to pass time and meet the needs of all kinds, online media are now used to an unprecedented extent.

In North America and the UK, the increase came relatively late and the strongest surge was seen on 24th March, when the premium offer was launched.

In France and Spain, the premium offer was also offered free of charge mid-month. In France, this led to a lesser traffic surge than in Italy, whereas in Spain it led to an immense rush for the site. Traffic in France increased by around 38%, while the number of visitors from Spain rose by more than 60%, clearly topping the massive interest from Italy.

In the case of our neighbors in Austria and Switzerland, usage initially rose at a relatively moderate rate of 5-8%, rising to 15-20% with the release of the Premium offers for free.

In Hong Kong, traffic in the middle of the month increased by more than 20%, and with the activation of the premium for free, this growth shot up to 42.5% compared to the daily average.

The analysis of the gender breakdown by country shows that Italy, Mexico, France, Spain, Thailand, and Japan recorded the strongest increases in female visitors to the site. Poland, Australia, and the Netherlands saw the largest increases in men.

In Germany, on the other hand, women are also ahead in terms of growth. 19% more traffic from female users compared to 13% increase in male visitors. 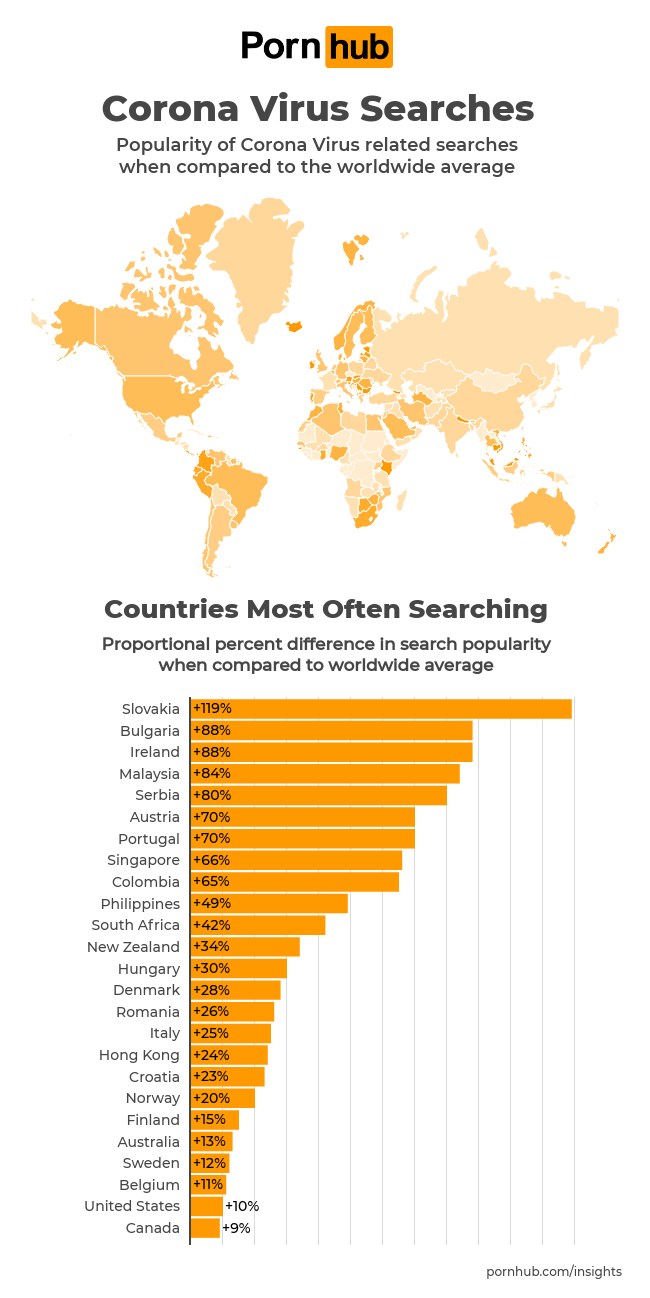