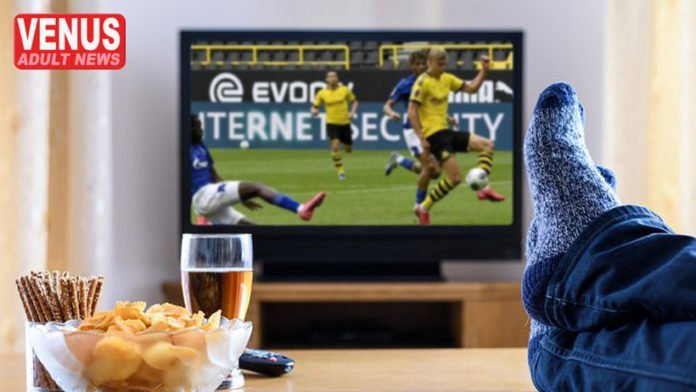 Berlin, May 19, 2020: Last Saturday, the German Major League, called the Bundesliga, started its comeback with so-called ghost games: Just in time for the free-TV broadcast, the number of hits on xHamster.com, Germany’s most popular erotic site, dropped significantly. Shortly after 15:30, viewer interest in adult entertainment declined and only rose again in the evening. It is interesting that due to a lack of sporting alternatives, there was probably also interest in the Bundesliga in the rest of Europe: Especially in France, Great Britain and Italy the number of hits on the adult site also dropped at the same time. Apparently, the sexy clips had no chance against soccer. Note: The times in the graphics are GMT+2. 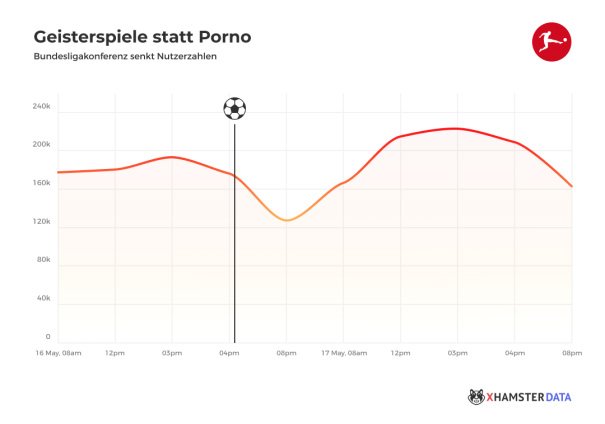 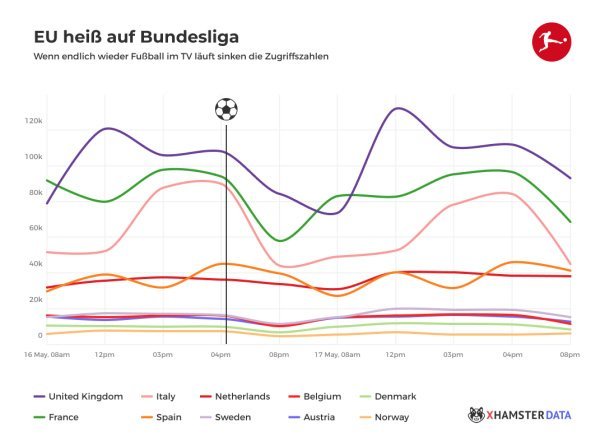