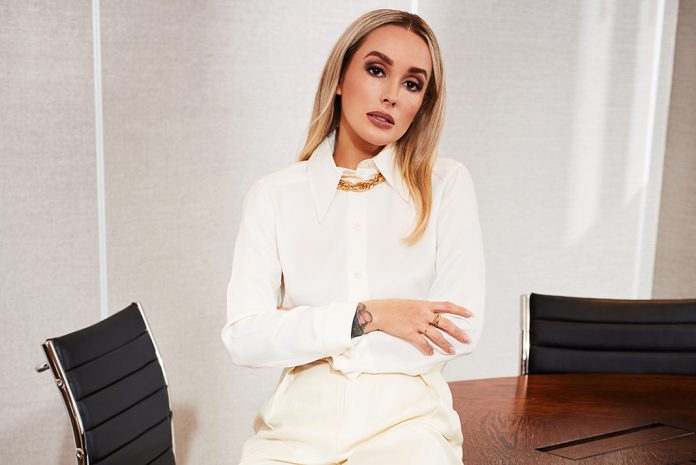 Josy Black, Eva Sheymukhova and Lana Giselle have something in common: they are angry at the existing webcam portals. All three of them were active on most of the well-known sites for years, but they decided to make a radical break: »Now we are rewriting history and it’s us who determine the rules,« Eva Sheymukhova, founder of favyd.de, explains full of confidence. She has two prominent faces from the industry at her side, Josy Black and Lana Giselle, who support her in her plans. The motives for this move are complex.

»It starts with the attitude of the contractual partners, who do not adhere to the contracts, even to usurious contracts, which are not geared towards the well-being of the models, but rather serve self-enrichment,« Josy Black reports. The market is almost infinitely scalable and, unlike U.S. providers, German providers retain up to a full 75 percent of revenue instead of 20. “There’s a lot of money being made in both countries, but apparently significantly more here, to our detriment,” Black continues.

Lana Giselle accuses the providers of suggesting to the models that they have to do certain things like custom video shoots and up to 100h webcam a month to be successful. “This leads to many of my colleagues becoming depressed and the risk of burnout increases,” explains Lana Giselle. Models lose their self-esteem because they do things they don’t really want to do. »We teach models that they can use their passions and preferences to their advantage,« says Eva Sheymukhova. Josy Black adds, »As a sex worker, you should be allowed to set your own limits, not the portals.« Recommendations from a portal are not orders, but not every woman has the confidence to say “no” either, especially if she is new in the business.

Lana Giselle was also suffering, because the more famous she became, the greater the pressure for more and more videos every week. »That’s when I lost all the enjoyment and really never wanted to do it again,« recounts the bisexual Lana Giselle. »Eva convinced me with a few simple arguments: First, it was done by a woman who had previously been active in the industry herself, and second, she is offering exceptionally fair terms. The fact that I can now work without pressure, whenever, wherever and how much I want, and that I also get paid 85 percent, are heavenly conditions. It’s paradise for adult creators.«

For Josy and Lana, FAVYD is currently the only German portal that supports models in their venture and offers a fair payout (up to 85%). Josy says, »This way I can offer my content to my German clients at a fair price and indulge in my art and passion.«

»With FAVYD, we are changing the rules significantly and shifting control over content, revenue and legal security into the hands of creators,« explains 31-year-old founder Eva Sheymukhova. On favyd.de, creators post content and determine for themselves the price at which fans can access it. At FAVYD, the focus is solely on the models: they determine everything and always move in an absolutely legally secure space. The age verification of the users is carried out according to German law and thus explicit content can also be shown without any problems. The creators decide freely how much they offer, how often and which prices they set. Another distinguishing feature from other platforms: The rights of the content remain 100 percent with the creators and are in no way transferred to FAVYD.

»We see ourselves as the fair, German platform by women for women. Our team consists almost exclusively of women and we want to keep it that way.«