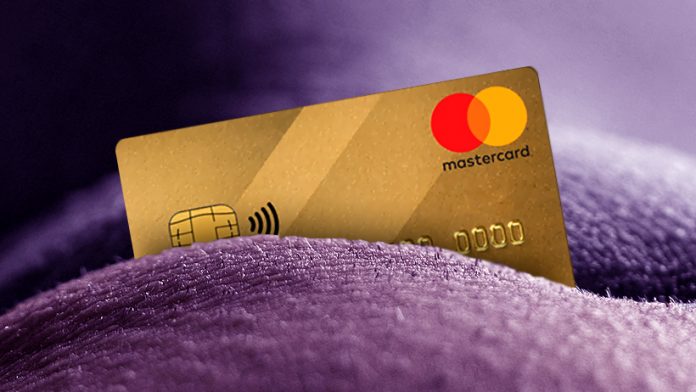 Credit card giant Mastercard shocked the adult industry last week. The company decided to change its requirements for all sellers of adult content. A step that will have implications for nearly everyone in the business.

One of the cornerstones for the adult industry online remains the payment via credit cards. As there are basically only three companies issuing credit cards (VISA, Mastercard and American Express), any change in the business policy comes with many implications for every member of the industry.

So there are many people scratching their heads now after a Mastercard blog post announced that the company will from now on demand »clear, unambiguous and documented consent« in all adult content. This includes documentation of age and mandatory identity verification of anyone appearing in adult content.

John Verdeschi is a high-ranking Mastercard representative. He said that all banks using Mastercards will have »to certify that the seller of adult content has effective controls in place to monitor, block and, where necessary, take down all illegal content.«

Additionally, Mastercard partner banks will have to »ensure that sites have a review process prior to any content being published, as well as a system for complaints that addresses illegal or non-consensual activity within seven business days.«

Bloomberg reported: »The payments network is also mandating that banks make sure that sites have an appeals process that allows for anyone depicted in adult videos or photos to request that the content be removed.«

Mastercard explained its move with ongoing concerns about sex trafficking and exploitation of minors: »These additional requirements build on years of work from our teams, creating the processes, establishing industry standards and setting today’s foundation in place. It includes relationships with law enforcement and other groups like Interpol, Europol, the National and International Centers for Missing and Exploited Children, the International Anti-Counterfeiting Coalition and the Center for Safe Internet Pharmacies, among others.«

Larry Walters is an attorney for the adult industry. He thinks that Mastercard’s decision is only the first of many new requirements to come. He expects this to become »the wave of the future« and warns that all adult companies »should begin preparing for compliance, or switch to a free site model – or potentially cryptocurrency payments.«

In his opinion tube sites will be affected the most by this as they oftentimes don’t produce the content themselves and hence will have problems providing documentation. He said: »Currently sites that host third-party uploads are not generally required to maintain Section 2257 age records or model releases,” he explained. “Therefore, all of the existing content on those sites is in danger unless the operators can obtain the required age and consent documents. New uploads will be required to be supported by the verification documents as well.«

A colleague of Walters, Corey Silverstein, thinks the new rules of Mastercard are »a game-changer.« He added: »If you don’t want to adhere to these rules then you always have the option of not using Mastercard as one of your payment options – nonetheless, I expect the other major credit card processors to follow suit, and soon.«

Silverstein continued: »It doesn’t matter what role you play in the adult entertainment industry. Everyone’s lives have now changed. Whether you are a tube site, clip site or any other type of website that permits user uploads or accepts Mastercard as a payment option your entire business model must be re-evaluated from the ground-up.«

The Free Speech Coalition is also worried about the developments. Mike Stabile, the FSC’s Communications Director said: »The new Mastercard restrictions are both vague and specific, and we’re not yet sure how or to whom they’ll be applied. It’s not easy to separate out a mythical ‘adult internet’ from a non-adult internet. Our businesses and content creators use many of the same platforms as mainstream businesses to reach audiences.«

He added: »There’s a lot we don’t know yet, but overall this seems likely to hamper the growth of small, independent producers, and shift it back toward studios and bigger platforms.« He worries though that »this has the potential to be detrimental to amateur and non-commercial producers, whether they’re on tube sites or Reddit. Since the dawn of the internet, sexual communities have thrived thanks to the anonymity it provided. MasterCard is really punishing these communities.«

If you want to read Mastercard’s announcement click here.