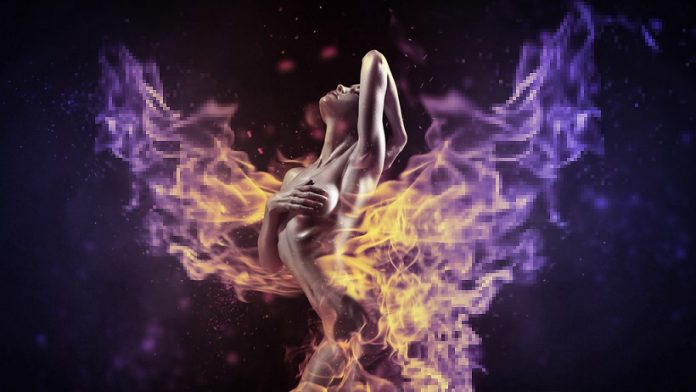 The newest craze in the more than extravagant world of art investment is blockchain-based NFT art objects. Powered by the cryptocurrency hype of the last few months, more and more artists discovered a way to sell digital art with blockchain-technology. And where money and tech meet, Adult Entertainment is not far. As it turns out, many performers and adult artists are already at the forefront of the upcoming NFT boom.

While most people still are skeptical of cryptocurrencies and a majority still doesn’t even really know how to even buy bitcoins, the hype at the crypto markets did lead to an increasingly accelerating development of additional uses of the blockchain-technology. Digital artists found a way to make their artworks unique by transforming them into so-called»non-fungible tokens« on the blockchain. Basically, they found a way to circumvent the problem all digital-forms have: they can be copied and hence there would not be an original as in traditional art forms. An NFT can exist once, making the artwork or picture or movie or whatever you transform into an NFT the equivalent of an original that then can be sold at a higher price.

Recently the artist Mike Winkelman (Bleeple) made headlines with a Jpg he created and sold for nearly 70 million dollars through the famous auction house Christie’s. But that was not a singular moment, shortly before he sold an NFT video clip for nearly 7 million dollars. Not only art but also strange other digital »objects« get the NFT treatment. F.ex. Twitter founder Jack Dorsey auctioned off his very first tweet or a digital NFT of that very tweet.

As with VHS and the Internet, streaming platforms, torrents, and subscription-based websites, adult entertainment is already an active driver of the NFT movement which up until now might only be a short-lived hype. But if adult performers, artists, and sex workers find ways to make NFTs a way of stable income, that would probably mean that NFTs are here to stay and become common-place.

In an interview with Rolling Stone Cryptonatrix said: »A lot of buyers don’t really care about getting something on the blockchain because they just wanna jerk off. But some of them really love the idea of owning this digital token and being the one to own this special image their favorite creator minted.«

The cryptocurrency-based NFT platforms might also be a good way to circumvent censorship and shadow-banning problems many adult entertainment professionals encounter when they try to use traditional banking services and payment processors. Paypal still is famous for its refusal to process adult business transactions.

The adult performer Allie Eve Knox f.ex. is offering a fetish and kink piece called »Allie in the City, Two,” in which she is depicted as a giantess towering over Madrid’s famous Edificio Metropolis. Before that, she successfully sold »Allie in the City, One,« for over $500.

Risky costs and the unpredictable future of the blockchain

But as with many of the new technologies, there are downsides and insecurities as well. F.ex. right now, NFTs can only be created on the blockchain used by Ethereum. And so-called gas fees which are Ethereum processing fees make it quite risky to create an NFT. And due to the highly volatile market price of crypto-currencies like Ethereum the costs and benefits are difficult to predict. Additionally, as with all internet platforms, growing success and growing audiences might mean that platforms selling NFTs might also start to censor content, just like social media platforms and payment processors did in the past.

And right now age verification is also not addressed. Cryptonatrix said: »You don’t know the age of the buyer or who’s in the content, or how old the person is or if they gave consent for that. So that’s a huge concern of mine.«

For the moment though, the new technology is creating a new rush and a highly innovative push for new ways of creating and selling content. And there is no question: Adult entertainment will play a huge role in its success or ultimate fizzling out.

If you want to know more about the technology and what is needed to created NFT artworks, here is a tutorial and some background information by digital artist Aaron Rutten.