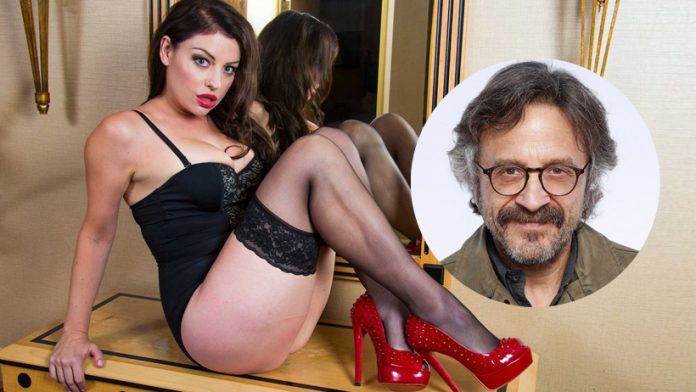 The podcast’s ad reads: »Sovereign Syre and Marc Maron have been friends for several years, sharing career paths in comedy, podcasting and writing. Now, as she ventures for the first time into the fraught process of pitching and selling a television pilot, Sovereign and Marc talk about her life leading up to this moment: Her painfully shy early years, her turbulent home life, her academic exceptionalism, her years lost to drug addiction, her entry into the world of adult entertainment, and the leap of faith she took to exit that world.«

If you want to know more, go to WTFpod.com and listen to Maron’s brilliant podcast.