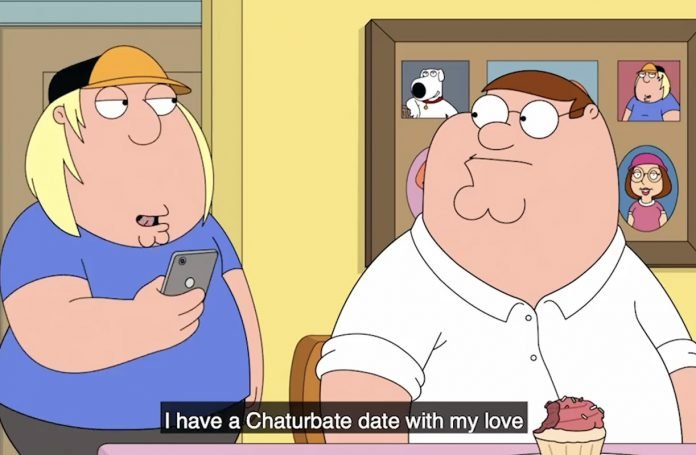 Cam company Chaturbate has been mentioned on the long running animation hit »Family Guy«, a huge marketing boost for the company that is one of the biggest players in the market.

The Fox animated sitcom »Family Guy« has been on air for ages. In the newest episode  of the show that is currently in its 21st season, the webcam company is mentioned. In the episode called »Girlfriend, Eh?« the family father Peter Griffin is on a road trip with his son, Chris, to Canada.

A representative for Chaturbate said, »The episode kicks off with Chris returning home and sharing his good news about his new relationship, and at 3:17 into the show, Chris excuses himself from a conversation with his father, saying he has a ‘Chaturbate date’.«

While the release of the episode already happened early in May, the company only now became aware of it as the show is also streaming on Hulu.

Chaturbate’s COO, Shirley Lara, said, »We know people of all types from all over are fans of Chaturbate and our broadcasters, so it’s fun to learn at least a few writers of ‘Family Guy’ are too.«

If you want to watch the sequence you can catch it on Twitter.

We’re still buzzing that #Chaturbate was featured on @FamilyGuyonFOX! 👀 pic.twitter.com/4QAwB6srem