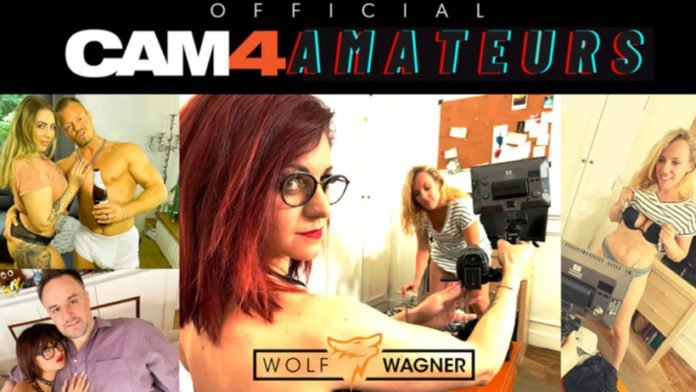 The VENUS exhibitor CAM4 has released a new reality series. The series »CAM4 Amateurs« is produced by the webcam company in cooperation with Wolf Wagner Network.

The internationally produced series will feature several popular CAM4 models. Among them Mia Blow, Harleen van Hynten, Adrienne Kiss, Mya Lorenn and Flora Milano. Shooting locations will be the major cities of Berlin and Paris, all films will be produced in three languages. So fans who know German, English or French can equally enjoy the films.

A spokeswoman for CAM4 says at the start of the series: »CAM4 is thrilled to introduce this engaging and highly interactive reality series with a twist. In a short time, Wolf Wagner has developed into an important player in the European adult community and this project definitely offers innovatively told adult content.«

Wagner also comments on the cooperation with the webcam company: »I am pleased about the trust placed in us, especially from such a prominent branch giant as CAM4. This strategic cooperation means the next big step for the Wolf Wagner Network in a constantly advancing internationalization.«

In addition to the streaming offers, the series of the two partner companies will also be marketed on DVD. A release on DVD is planned for the first quarter of 2021. Further information about CAM4 can be found on the company’s website. If you want to learn more about Wolf Wagner Network, click here.