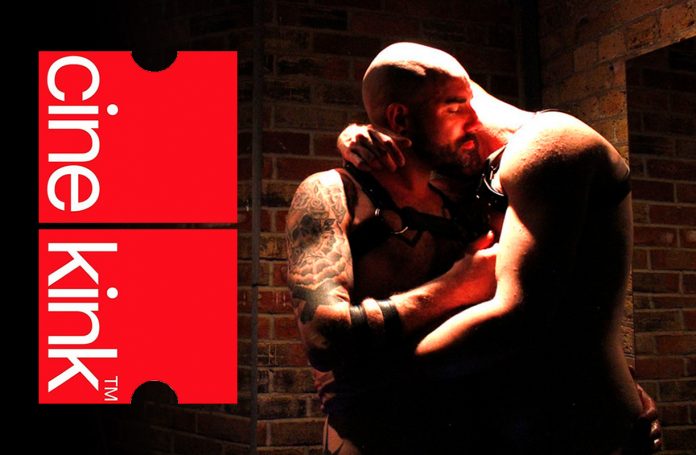 Last Sunday the winners of the 2022 CineKink Film Festival were announced and celebrated. After several days of screenings in a virtual edition of the festival that was started in 2003, the winners were made public. The festival movies could be streamed on-demand through PinkLabel.tv.

As in the years before, a selection from the festival’s programming will go on tour. The traveling version of the festival is slated to appear in various cities throughout the next year.

Lisa Vandever is co-founder and director of CineKink. She commented on this year’s festival: »I was pleasantly astounded at the quality of works that came in for this year’s festival. It seems that filmmakers really stepped up their game during the pandemic, and it certainly showed in our line-up. Congratulations and thanks are in order, not just to our award-winning filmmakers, but to all of them!«

The festival’s CineKink Artist Spotlight award, designed to recognize outstanding artistry over a body of work, was given to Charles Lum and Todd Verow. Their collaborative films, including this season’s Death Race, Lum’s video diary recounting the last year of his life, and My Almost First Time, have been featured at CineKink since the very start.

The annual CineKink »Bring It!« award, determined by audience vote during a showcase of current adult cinema, went to Air, directed by Urvashi, a previous four-time winner of the award.

Determining the shorts awards, CineKink jurors this year included Thor Stockman, creator of The Good, The Bad and The Ridiculous: S/M at The Movies, Viviane Tang, co-founder of The Pleasure Salon, and Bill Woods, a film festival programmer and curator of the New Filmmakers series at Anthology Film Archives.

A CineKink Select Award, determined by the festival director, was presented to the short film Sweat of His Cow (John Wildman and Alan Smithee).

These are the winners of this year’s CineKink awards:

Additional information can be found here.