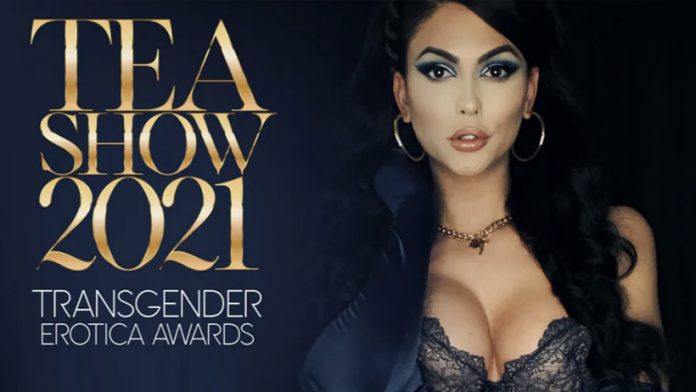 The TEAs have become one of the cornerstones of the Award season in adult entertainment. And like every other award show for the last 12 months, the TEAs also faced new challenges because of the still rampant Corona pandemic.

Kristel Penn is the executive producer of the TEA. Commenting on the circumstances of this year’s award show, she said: »As other adult award shows have discovered during the pandemic, it is near impossible to replicate the excitement of an in-person event. We had the task of putting together a show that honored our community, that people wanted to tune-in for without being able to socialize in-person, and kept the integrity and spirit of the TEAs largely intact. Our Mistress of Ceremonies, Domino Presley, proved that she is able to command in any medium. Her light and sharp wit kept the audience engaged as she rolled through the award categories. Congratulations to our 2021 TEA winners – it’s been a challenging year and you all have found ways to navigate it successfully!«

Among the winners of the evening Casey Kisses, Daisy Taylor, and Emma Rose stood out. They won in more than one of the TEA categories. The Lifetime Achievement Award went to Venus Lux. The show can still be rewatched for free on Grooby.TV and TGirls.com.

These are the winners of the 2021 TEA Awards: