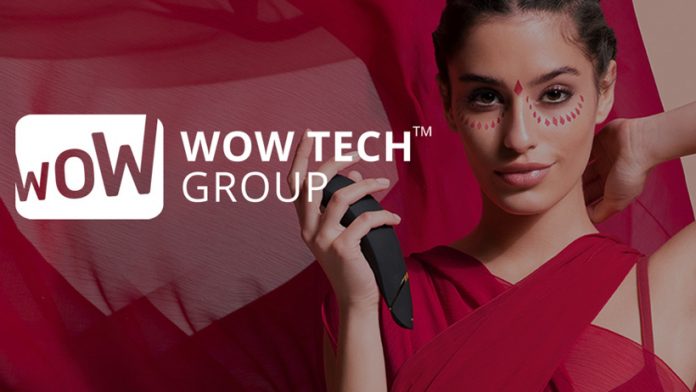 The Berlin-based sex toy group WOW Tech is making it clear that it won’t accept any violations of its intellectual property rights. It issued a stark warning indicating that it would also go after retailers and distributors if they »use, sell, offer for sale or import products that infringe one or more WOW Tech’s patents«.

WOW Tech, one of Europe’s biggest sex toy groups with popular brands like We-Vibe, Womanizer and Romp is very protective about its patents and intellectual property. One of the key patents for the company is the Pleasure Air Tech which is at the core of many of the company’s toys and devices.

As a company that is at the forefront of sex tech, the German manufacturer knows that one of the most important parts of its group of high-end branded toys is the intellectual property behind them. Therefore it is actively protecting these patents and rights against competitors but also increasingly against unwitting third parties in business with manufacturers that violate WOW Tech’s intellectual property rights.

This is the statement by WOW Tech:

WOW Tech created the market for Pleasure Air Technology stimulation devices with innovative technology that is covered by a worldwide portfolio of patents.

We are aware that some competitors from time-to-time tout having one or more patents for technology they use in some of their products. We urge retailers and distributors to recognize this does not mean the competitor is not infringing WOW Tech patents. Patents by their nature have different scopes but can also overlap in certain ways, making it possible for a product covered by one patent to also infringe another patent. Indeed, when the Patent Office issues a new patent, it does not consider whether or not existing commercial products covered by that patent also infringe other patents. This means the issuance of a new patent is not any kind of guarantee that a company’s product does not infringe another patent.

We take patent infringement seriously and we are committed to holding patent infringers responsible for violating our valuable intellectual property rights. Anyone who makes, uses, sells, offers for sale or imports products that infringe one or more of WOW Tech’s patents could be held liable for patent infringement, regardless of whether those infringing products are also covered by other patents.

Retailers and distributors who are told that a product does not infringe one company’s patents may therefore be better served by seeking written assurance and maybe even indemnification from the company claiming innocence. The fact that an accused infringer has its own separate patent does not mean that accused infringer (or its retailers or distributors) cannot be found liable for infringing another company’s patents.

If you want to know more about WOW Tech click here.