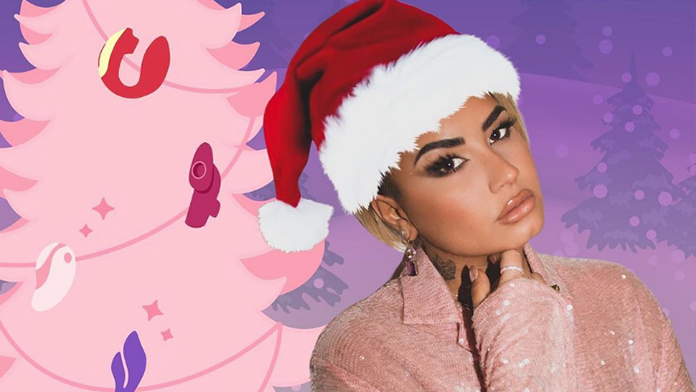 The pop star Demi Lovato is giving away hundreds of sex toys. The massively influential singer announced the giveaway to her over 120 Million followers on Instagram. For the campaign called »Demi’s Naughty List« she is again partnering up with sex toy company Bellesa.

Demi Lovato (29) announced a giveaway of hundreds of sex toys ahead of the holidays. In a post on Instagram, she said: »I’m giving away THOUSANDS of free vibrators, gift cards & more to EVERYONE who signs up to my Naughty List with @bellesaco.«

The pop singer has already worked with Bellesa before. The company released a branded sex toy called the »Demi Wand«.

Michelle Shnaidman is CEO of Bellesa. She also made a statement about the ongoing partnership with the singer: »It’s been a rough 2021 for so many. We wanted to spread some joy this holiday season. Last year, we gave away over $3M in prizes. This year, we’re doing it even bigger. We’re running an interactive map this year showcasing where in the world all of the different sign-ups are coming from.«