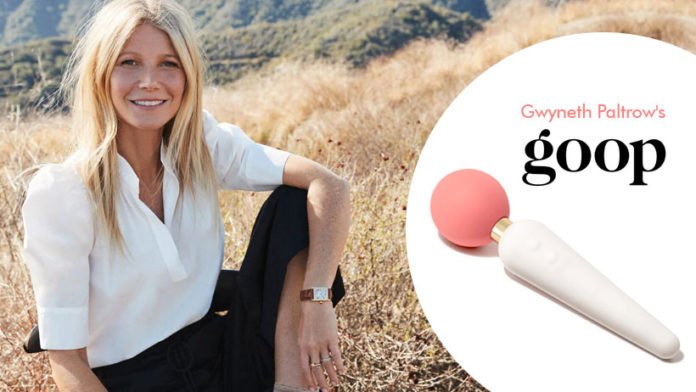 Gwyneth Paltrow has been a Hollywood royalty since her Oscar win for »Shakespeare in Love«. In 2008 she created her own lifestyle brand and became one of the first successful influencer companies basically selling everything fitting to Paltrow’s brand of self-optimization and geeky awareness.

Goop added: »One end has a wonder-ball wand with deep, rumbly vibrations for external stimulation. On the other side, the slim, flexible end provides powerful and precise vibration for clitoral or internal stimulation. Each end of the wand offers eight pulsating patterns that vary in intensity, with subtle, ergonomically placed controls for uninterrupted navigation. And it’s a thing of beauty on a nightstand. Basically, it’s a pleasure all around.«

If you want to know more, you can visit Goop’s website.