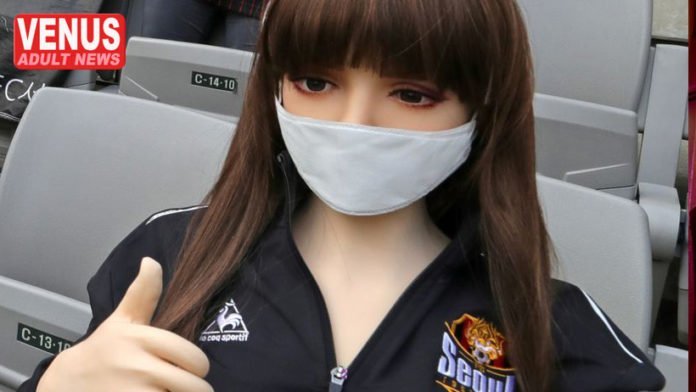 In South Korea too, soccer currently takes place without an audience. In order to make the so-called ghost games a little more appealing, the FC Seoul came up with an action that, in retrospect, caused the club a lot of trouble. Instead of cheering spectators, there were numerous sex dolls scattered in the tribune, supporting the players.

While German soccer fans these days breathe a sigh of relief and watch the first games of the German Bundesliga as ghost games on their TV screens, the South Korean first division clubs are also playing in front of empty stadiums.

To counter the sometimes gloomy atmosphere of deserted rows, the soccer club FC Seoul came up with something special. In the game against Gwangju FC, they wanted to at least imply a bit of a backdrop of spectators and used sex dolls to do so. The club provided the puppets with fan scarves, club jerseys and posters, and set them up in fan poses throughout the stadium.

Apparently, however, brand names of sex-toy manufacturers, sex shops and adult websites could also be seen, which caused massive criticism against the club.

The club showed immediate remorse on its social media profiles and even spoke in retrospect of an »inexcusable mistake«. The public pressure became so strong that the club even used the somewhat implausible excuse that it believed the dolls to be storefront mannequins. Moreover, according to the club, they had not checked all the details during preparation for the game, which is why the mishap occurred in the former World Cup stadium.

The club claims to have overlooked the lettering, as it was delivered by the manufacturers. It is unclear whether the club will play in front of empty tribunes again in the future or has another solution in mind. For the time being, sports fans worldwide are especially happy about new live events.