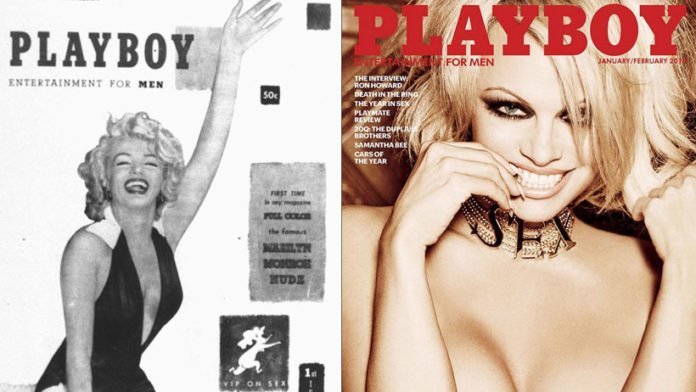 What has been looming for years is now becoming reality: the print edition of the legendary Playboy magazine will be discontinued after the spring issue that is hitting the stores these days. The company’s CEO Ben Kohn announced the end of the magazine and declared a pure digital strategy for the remaining editorial team.

After the exit of the founding family Hefner and focusing most of the business on a licensing strategy, it was already clear that the company did not see a future in its former core business. After years of steadily decreasing circulation, reduction of the publication frequency to now only quarterly issues, several restructurings, a short-lived renouncement of nudity in the magazine, after a rapid relaunch and an apparently failed attempt to appeal to a younger, hipper target group, the CEO of Playboy Enterprises Inc (PEI) announced the end of the magazine’s impressive print-run.

Although there will continue to be special issues from time to time, a regular publication schedule is a thing of the past. The remaining content and editorial division of Playboy will be run online. Digital First will now become Digital Only.

In an open letter, Ben Kohn writes: »I’m writing to share my deepest wishes for the health and safety of our global community at this time. I also want to take this opportunity to provide an update on the strength of our business and some of the steps we are taking to ensure our continued growth in 2020 and into the decade ahead.«

He underlines the long history and importance of Playboy magazine and the brand: »Playboy is many things to many people. A magazine to many, a lifestyle to many more, an apparel brand, a membership club and even, according to some, ‘a corruptor of our youth.’ But throughout the past sixty-six years, one thing has remained constant: our commitment to free expression and breaking taboos, leaning into discomfort, helping audiences express and understand their sexuality, and advocating for the pursuit of pleasure for all.«

In the future, however, the company will rely on the strength of the brand that the magazine has created: »We are proud to be one of the world’s most recognizable brands–97% of our planet’s population knows what our infamously cheeky, bowtie-wearing Rabbit Head represents. No matter who you speak to, it is a brand that evokes reaction and stimulates conversation. In today’s world, this is immensely powerful. Powerful because in a time when we are divided, conversation is what we need the most. Powerful because it helps burst filter bubbles, cross party lines and engage outside of the silos that increasingly contain us.«

The licensing business with the brand is still strong. Kohn points out that over 3 billion in sales worldwide are generated with licensed products bearing the bunny logo. »We reach hundreds of millions of eyeballs every year, across all genders.«

The company also believes it is well positioned on social media. In 2019, the company has won four million new Instagram followers and achieved 50% more interaction via its social media channels.

While the company is proud of what it has achieved in its quarterly magazine, it is »no surprise that media consumption habits have been changing for some time–and while the stories we produce and the artwork we showcase is enjoyed by millions of people on digital platforms, our content in its printed form reaches the hands of only a fraction of our fans.«

The Coronavirus has now accelerated what has been a longstanding thought process within the company. Kohn says: »We were forced to accelerate a conversation we’ve been having internally: the question of how to transform our U.S. print product to better suit what consumers want today, and how to utilize our industry-leading content production capabilities to engage in a cultural conversation each and every day, rather than just every three months. (…) With all of this in mind, we have decided that our Spring 2020 Issue, which arrives on U.S. newsstands and as a digital download this week, will be our final printed publication for the year in the U.S.«  Interviews, the 20Q, and Playboy Advisor series, as well as the photo spreads, will be continued online.

New, unspecified print products will be launched in 2021. »Print is how we began and print will always be a part of who we are. Over the past 66 years, we’ve become far more than a magazine. And sometimes you have to let go of the past to make room for the future.«

This ends for the time being the spectacular history of what is probably the most successful and influential adult magazine of all time.