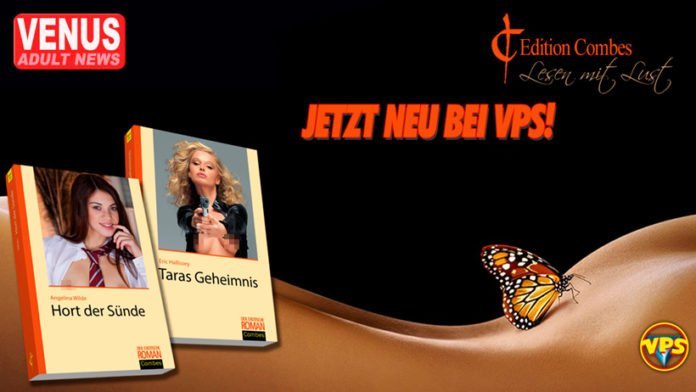 The Edition Combes and its adult paperback editions have been published by Frank de la Porte up to now. Since March 2020 the VPS Film-Entertainment GmbH has taken over the distribution and production of the books.

The titles have been setting new standards in German-language adult literature for almost 20 years. Carefully selected authors, from Germany as well as abroad, have been setting new trends within the genre book after book. The books not only tackled taboo topics, but also combined eroticism with fantasy, thrill and humor to create particularly entertaining reads. Debuting authors are also frequently among the authors of the publishing house.

Information on all available books as well as samples can be found at www.edition-combes.de or at shop.vpsfilm.de.