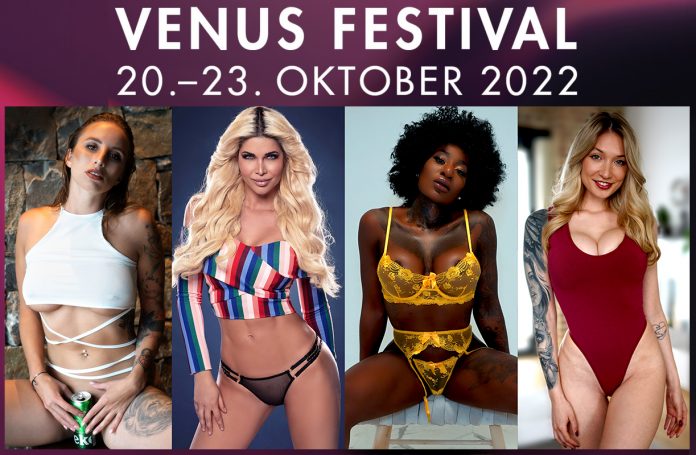 Nudist Micaela Schäfer, who is representing the erotic and lifestyle fair for the ninth time, will be the veteran – an inseparable duo. Fiona Fuchs, known as the brand face of MyDirtyHobby, is celebrating her premiere as the face of VENUS, but has known the fair very well for several years as a participant. The same goes for her podcast (Fuc*s & Secrets) partner and Hanna Secret, author of “Ich bin Hanna”, who has also been a permanent part of VENUS for years. The fourth promotional face is Josy Black, equally experienced at the VENUS and, like all four, extremely popular and well-known.

Just in time for its 25th anniversary, the fair will present itself with a new concept from 20 to 23 October under the motto “Reloading a legend”. After two years of abstinence, things will finally get going again in the exhibition halls under the Radio Tower. Visitors can look forward to many new features and highlights, such as innovative lighting, state-of-the-art design, a new sound concept and a digital guidance system. With its special mix of shopping, stars and shows, the VENUS Festival offers countless new opportunities to discover and buy products, experience pure entertainment in the show area or chill out at the bar. Of course, the stars of the industry will once again be waiting to interact directly with their fans in the Live Camgirl area. Everything to do with varnish, leather and more can be found in the Kinky Area. The VENUS LGBTQIA+ area, which invites the LGBTQIA+ scene and the colourful community from Berlin and all over Europe, will celebrate its premiere. Planning is already in full swing and many well-known, but also new exhibitors have already confirmed their participation.