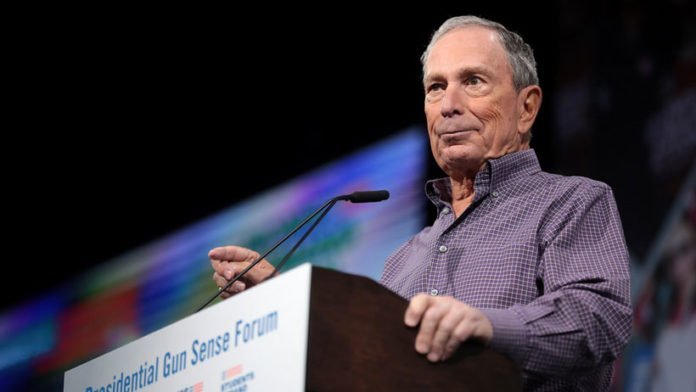 The most hotly debated Democratic candidate for US Presidential election in recent weeks could very well become another US President accused of abusive behavior towards women. Several scandals have followed billionaire Mike Bloomberg while he is running to become the Democratic candidate for the presidential elections this fall.

After Bill Clinton’s affair with an intern, women who claimed to have had abusive affairs with the then President of the United States repeatedly came forward. Although this cast a huge shadow over Clinton’s second term in office and is part of the reasons for the bitter cultural war between Democrats and Republicans, Clinton remained president for the entire term in office despite an impeachment procedure.

Of course, the Democrats hope to nominate someone who is not only not accused of abusive behavior, but who, on the contrary, stands for progressive and feminist politics, which is a very important topic, especially for the younger Democrats.

But after the Democratic primaries threatened to turn into a chaotic debacle due to a contentious fight between moderate centrists and left-wing progressives, another – this time a real – billionaire thought his time had come to run for office: Mike Bloomberg, the former mayor of New York and founder of the business news company Bloomberg, wants to be chosen as the Democratic candidate. He is using only his own money and is currently running one of the most expensive campaigns of all time to defeat Trump in November.

Many moderate Democrats are flirting with supporting Bloomberg because their own candidates are weak and the progressive left’s candidate, Bernie Sanders, has been on the rise for months. Bloomberg’s billions of dollars came in handy to help promote their agenda for the election campaign.

But by now it has become clear: the multi-billionaire, who is highly regarded for his philanthropic donations, does not have a clean record. Quite the opposite. In the course of his career, Bloomberg too signed several non-disclosure agreements with women who felt bullied or discriminated against by him. A 30-year-old publication for his birthday is making the rounds, in which seemingly witty but in essence misogynist quotes from Bloomberg are documented.

And now this: A former sex worker named Melissa Petro makes serious accusations against Bloomberg. During his time as mayor of New York, he had publicly embarrassed the woman, who had meanwhile been working as a teacher and caused her to lose her job at her school. Petro had written an essay about her experiences as a sex worker, which was exploited by the New York tabloids as a sensationalist-style scandal. A teacher who used to be a sex worker? Too much for the prudish USA.

According to Petro, Bloomberg revealed his misogyny in a populist impulse at the time. »Bloomberg yanked me from the classroom and called for the city to take legal action against me as if my very existence was a crime.«

Now she apparently wants to prevent Bloomberg’s candidacy and goes public again: »At 19, sex work presented itself as a solution – a way of paying for school and covering my living expenses when I saw no other options. Stripping and, later, prostitution, made education attainable, a goal Bloomberg claims he will champion if elected president.«

And in a 2010 edition of the New York Daily News, Bloomberg is actually quoted as saying: »We’re just not going to have this woman in front of a class. When I was informed that, of the situation of this teacher saying that she had been a sex worker—I think was the term she might have used – I said ‘well, you know, call her, tell her that she is being removed from the classroom.«

Although a disciplinary investigation revealed nothing negative against the teacher, she was dismissed solely for her essay on the grounds of inappropriate behavior.

Petro said today that she had been unemployed for years and had been burnt for the job market: »I doubt I’ll ever fully recover from the trauma of being publicly shamed and ridiculed.«

So Bloomberg’s candidacy already has a lot of baggage. Does America really want another president trampling on women’s rights and openly despising the sex industry and its members?