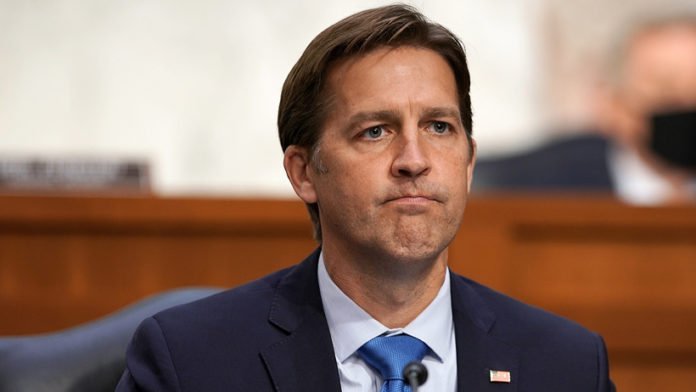 Within the US adult entertainment industry, there is growing concern about planned legislation meant to stop sexual exploitation. Many industry insiders believe it would effectively censor free speech and seriously harm the adult industry.

The Free Speech Coalition is ringing alarm bells against a planned piece of legislation brought forward by US senators Ben Sasse and Jeff Merkely. While the declared goals of the so-called »Stop Internet Sexual Exploitation Act« (SISEA) are shared by the industry as well, the law would lead to devastating effects on free speech and the adult industry in the US.

Here is the full statement from the FSC:

Over the past two weeks, we’ve seen a stream of grossly misinformed attacks on the adult industry, first from religious groups, then opinion columnists and now, politicians. The latest, a bill from Senators Ben Sasse and Jeff Merkley, promises wide-ranging restrictions on the adult industry — a reaction to a column by the New York Times’ Nicholas Kristof, written in collaboration with Christian anti-porn group Exodus Cry.

Producers of explicit content are already required to verify age and secure consent. Major civil and criminal penalties already exist for those who don’t. But the new legislation would overturn a central tenet of a free internet — and make platforms liable for the content individuals post on them.

Platforms, from tube sites to Twitter, would be required to verify the identity, age and consent for every single person represented in any image that might be interpreted as sexual, no matter how or when it was produced, or by whom. Each platform would have to maintain those records in an accessible database and cross-reference it with a government database.

The bill would likely result in the wholesale removal of most sexually explicit content online, creating massive new legal liabilities for users who share legally produced content and incentivizing platforms to ban sex-related content in general. A good breakdown of the specifics of the legislation can be found here.

Actual filmed sex acts or masturbation
Simulated sex acts from mainstream Hollywood studios
Private photos exchanged on dating apps
Sex education images and diagrams
Historical images or nudes
Images or drawings related to nudity or sexual expression
The definition of pornography is so broad that any platform or service would be required to secure the same age, identity, and release forms for anyone portrayed in any potentially sexual scenario — whether it was a GIF from Game of Thrones, a Mapplethorpe photo, an explicit parody drawing of Trump and Putin, or self-produced sex tape. Platforms that do not secure the identity and releases would be fined, and the user uploading it could be sued by those appearing in the photo.

The bill is wildly unconstitutional and, if implemented, would effectively silence sexual speech online. Most non-adult platforms would likely react by terminating even potentially suggestive content rather than manage massive databases of personal information, or expose themselves to the liability that comes with it.

We would see an invasive ban on sexual expression between consenting couples on platforms like Skype and dating apps, the wholesale de-platforming of sex workers on social media, and the eradication of most sex-related content online. Given this bill’s roots in an evangelical anti-porn campaign, this wide censorship of sex may be a feature, not a bug, of the legislation.

FSC will be partnering with other advocates of free speech and a free internet to fight against the unconstitutional restrictions of this legislation, while simultaneously working to curb illegal content online.