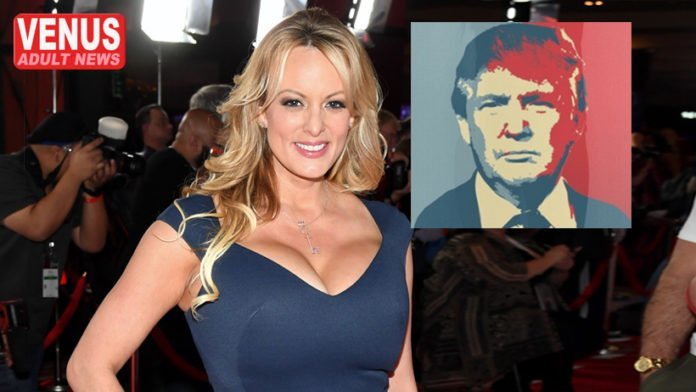 When Stormy Daniels came to visit the VENUS Berlin, the scandal peaked. Nearly every newspaper and TV channel tried to get an interview with the blond super star. The public seemed to believe her side of the story and it looked like Trump was in huge troubles. Shortly after that though, Stormy lost in court several times and got into a bitter battle with her former ally, Michael Avenatti. She sued her former lawyer for money from a book deal and feuded with him publically.

Two years later though and with new legal representation Stormy Daniels is finally victorious in court. Trump had initially tried to sue the actress for an alleged violation of her NDA. But the Los Angeles based Judge Broadbelt now ruled that the lawsuit was “moot” as both parties had publicly referred and talked about the topics that were part of the Non-Disclosure Agreement. In essence that means: Stormy Daniels won her suit against the President. He finally has to pay her legal fees.

The order reads: »For the reasons set forth above, the court finds that Plaintiff is ‘the party prevailing on the contract’ in this action under Civil Code section 1717, and that Plaintiff is entitled to recover reasonable attorney’s fees from Defendant pursuant to section 8.2 of the Agreement.«

Aside from that Stormy was the face for the strip club chain Déjà Vu, she recently co-starred in »Bad President« a satire about Donald J. Trump, played by Jeff Rector, and the devil, played by Eddie Griffin. Additionally Stormy has created a television series (Spooky Babes Paranormal Show) about ghostbusters that is expected to start shooting soon.

So while the Trump Presidency might be history in a few months, the legend of Stormy Daniels will keep us entertained for years to come.