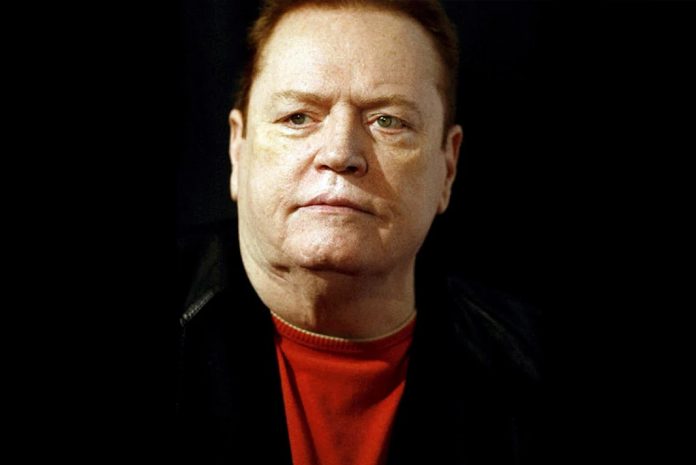 About a year ago, the legendary founder of Hustler magazine, Larry Flynt, died. A bitter dispute over the inheritance now seems to have broken out among his surviving relatives. His brother and former business partner Jimmy Ray Flynt is suing in a court in California as he believes he was unjustly excluded from the estate.

The one-time co-founder of the Hustler adult entertainment empire, Jimmy Ray Flynt, is suing the estate of media entrepreneur Larry Flynt, who died at the age of 78. After falling out with his brother in 2009, Larry Flynt excluded his brother from his inheritance and continued to run the business alone.

Larry Flynt was already a legend during his lifetime. Since he had won several high-profile lawsuits against his magazine, thus clarifying once and for all that freedom of expression is not to be restricted by the United States’ ill-fated obscenity laws, Flynt was a star, admired even in left-wing alternative and artists’ circles. After an assassination attempt by serial killer Joseph P. Franklins, Flynt was confined to a wheelchair for the rest of his life.

Flynt finally became immortalized in 1996, when master filmmaker Miloš Forman made a biopic about the entrepreneur’s life. In later years, Flynt also became active in the gambling business and, through a cooperation with the strip club chain Déjà Vu, even expanded into retail sex shops, and was thus able to keep his Hustler empire profitable despite digitalization and the death of print, in contrast to Playboy founder Hugh Hefner. Today, the media group is run by his widow Liz Flynt.

Larry’s brother now wants to secure a share of the industry legend’s fortune for himself and has filed a lawsuit in a California district court. He is seeking half of a trust established in 1988 that owns Hustler Enterprise and several other properties. The opponent in the suit is Liz Flynt, Larry Flynt’s fifth wife, who received the lion’s share of the estate. In total, the remaining empire is believed to be worth $500 million.

Jimmy Flynt claims that his brother broke several promises related to the holding company’s inheritance. The lawsuit claims that Larry chose to leave Hustler Enterprise in its entirety to his fifth wife, while unlawfully and unfairly excluding his brother in the process.

It goes on to say that Jimmy and Larry opened the first Hustler Club together in Ohio in the 1960s, and this was the nucleus for an entire chain of strip clubs that Hustler Magazine was launched to promote. At some point, the magazine and the group’s headquarters were moved to Los Angeles.

Although a dispute arose in 2009 in which Jimmy was expelled from the company, it was later settled, according to the lawsuit. According to Jimmy, Larry promised him that he would be appropriately included in the inheritance again, which did not happen.

The Flynt heirs have not yet commented on the lawsuit.