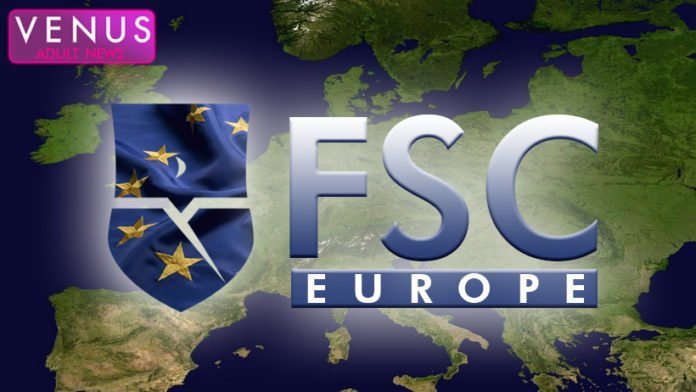 During the digital edition of XBIZ Berlin, the US industry association Free Speech Coalition (FSC) raised the idea of founding a European lobbying organization as a branch of the FSC in Europe.

The association, founded in 1991, is essentially committed to the protection of freedom of expression and the rights of performers and members of the adult industry. It also regularly takes a high-profile stand on health, socio-political and legal issues.

About the intention to become active in Europe, the FSC says: »Earlier this year, we were approached by Paulita Pappel of Lustery, Amelie Mo of Ersties and performer Gabi Gold about starting an FSC chapter in Europe. We were excited by their desire to build community within the European adult industry and impressed with their approach.«

The adult industry has been in a state of flux for decades, and in addition to the challenges that digitization poses for traditional business models in the industry, the association has also repeatedly addressed the increasing political difficulties mainly in the US but also sometimes abroad. In many countries, populist politicians are repeatedly tempted to take action not only against prostitution, but also against pornography, eroticism and freedom of expression in general.

The mandatory age verification for adult online businesses that is being considered in many European states and the censorship activities of the large Internet corporations are also a source of concern to the association and are perceived by many as an attempted suppression of freedom of speech.

This is another reason why a European industry association could make sense, because efforts to suppress pornography with cliché arguments and moralizing unasked for interventions in people’s sexual self-determination and to make access to adult and provocative content more difficult or impossible are likely to receive increased support from the left and right in the years ahead.

The legal jungle of the EU naturally makes it difficult or impossible for a purely American association to effectively represent interests in Europe. Therefore the FSC is looking for supporters and partners among European producers, performers and companies associated with the adult world for a possible creation of a European branch.

The FSC writes: »An FSC chapter made up of European producers and performers would be better able to address what’s happening in Europe. We’re interested in hearing the issues producers, performers and distributors are facing, and discussing what our organization could achieve. We encourage anyone interested in working toward such a goal to join us at XBIZ Berlin, or contact us directly.«

The association is still interested in talking to potential partners for European representation. For more information, please visit the Free Speech Coalition website.