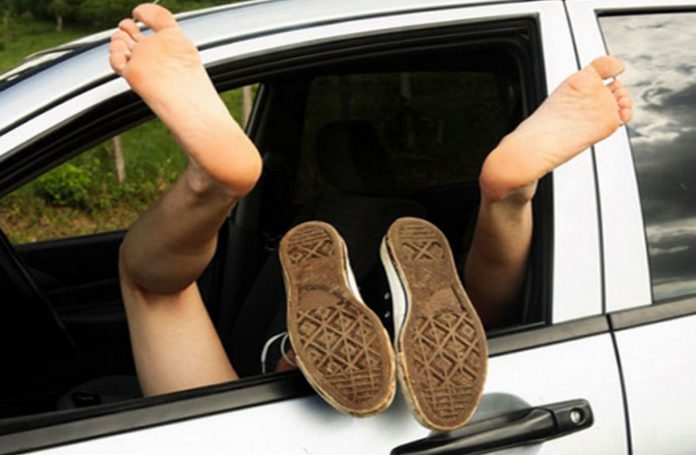 The adult retail company Adam & Eve has performed a survey on the question where people enjoy having sex the most. While the majority prefers having sex at home, 46% of the respondents claimed to enjoy sex in public spaces the most. So which are the best public spaces to have sex?

According to a study by the US adult entertainment and retail giant Adam & Eve, most people prefer to have sex in the privacy of their homes. But a whopping 46% feel that the best places to have sex are in public spaces. For the survey, a third-party polling company asked over 1,000 Americans over the age of 18.

Cars Are The Sexiest Place

Among those respondents prefering public spaces you can find a clear favorite: the parked car wins top spot. 46% of those enjoying public spaces the most claimed that their favorite place to have sex is a car. Compared to the other places people love having sex at a parked car is still private.

There are definitely more adventurous lovers out there. 26% of those claiming to prefer having sex in public spaces said that they love sex in the woods best. A whopping 20% prefer the a public park. Only 18 percent said that they love the beach the best.

Some prefer it riskier

But there are even more thrill-seeking couples out there. 12% stated that their favorite place to have sex is the workplace or the office and roughly the same amount of people mentioned public bathrooms (12%). Movie theaters only come in at 7 percent.

The least favorite places to have sex in public seem to be airplanes (4%) and taxis (3%). Nearly no one seems to be turned on by churches. Only 2 percent of the respondents prefering sex in public spaces indicated the church as their favorite sex spot.

Expert Worried About Some Of The Places

She added a small but important concern, »However, there are real legal implications of getting caught. If couples want some racy, but safer, alternatives, consider secluded backyards or parked cars with concealed driveways.«

If you want to know more about Adam & Eve, visit the company’s website.