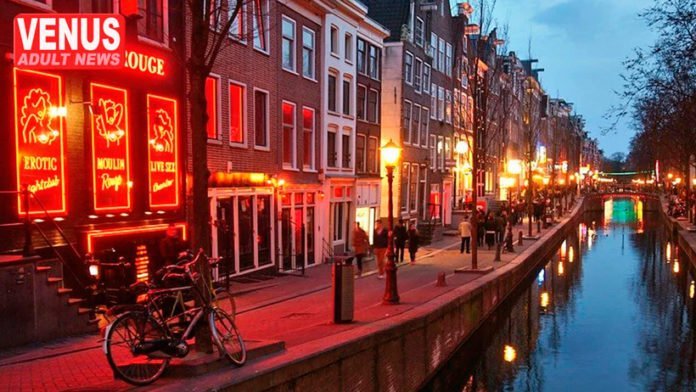 The news channel CNN reported last week about a possible end to the liberal sex work culture in Amsterdam. According to Corona, not only the world-famous window brothels, but prostitution in the city centre as a whole is likely to come to an end.

Even before Corona, the mayor of Amsterdam, Femke Halsema, was not a fan of perhaps the world’s most famous red light district. The city, which suffers from mass tourism, would apparently like to get rid of one of its biggest visitor magnets.

This has so far been a controversial project, not only because of its long tradition, but also because of the legal acceptance of sex workers in the Netherlands. In the wake of the Corona crisis, Halsema now seems to want to create facts and drive prostitution out of De Wallen.

There is no doubt that the city is suffering from the crowds of visitors flooding its streets. The city has to cope with well over 18 million overnight stays. The inhabitants have long been demanding stronger regulation of mass tourism. A citizens’ movement wants to limit tourism in the city to a maximum of 12 million overnight stays. The campaign »Amsterdam has a choice« is currently getting a lot of momentum, as the citizens of the city were able to enjoy and experience their own city without tourists again during the Corona crisis.

It is in this climate that Halsema is trying to get the necessary majorities for her plan to relocate the red light district to the outskirts of the city. But especially among the already struggling sex workers there is growing protest.

Since mid-March, sex work has been temporarily banned in Amsterdam, as almost everywhere else in the world, due to measures implemented to fight against COVID-19. Since then, Amsterdam’s notorious amusement district has resembled a ghost town. More than 300 registered sex workers, who offered their services in the famous window brothels, had to go without income for months.

As in other countries, many sex workers have been forced into illegality, because the oldest profession in the world, whether regulated or illegal, exists no matter what. This is also confirmed by Felicia Anna, herself a sex worker and founder of Red Light United. The women »often have no choice« but to descend into illegality.

And this although, unlike in other countries, there are financial subsidies from the state. The sad truth is that 1100 euros a month is simply not enough to pay for life in Amsterdam. Since July 1, prostitution is now allowed again in the Netherlands. In doing so, the government responded to the needs of sex workers and deviated from the original plan to ban prostitution until September. The regulations for sex workers are rather lenient, for example sex workers are only supposed to ask their clients if they had corona symptoms. Kissing and direct face contact though should be avoided.

Now the mayor’s plan to move sex work in general to a mega-brothel in the surrounding districts of Amsterdam is causing anger and fears. Sex workers feel unjustly discriminated against. Banning the red light district would hardly solve the tourism problem. Cheap flights and bachelor parties in the district are a much bigger problem for the city.

What Femke Halsema suggests as an alternative for De Wallen also seems to be more of a bleak purge. Instead of window brothels and joyful eroticism, the space is supposed to be transformed into offices and shops. Prostitution is supposed to move into a huge prostitution brothel outside the city centre. The city council wants to decide on the mayor’s plans before the end of the summer.

But new rules already apply in Amsterdam’s entertainment district. City guides are no longer allowed to stop outside the windows, it is now forbidden to take pictures of the sex workers. This should at least somewhat alleviate the situation.

The sex workers themselves are reluctant to move to the outskirts of the city. The extreme visibility of the women also provides security. Additionally, of course, they are afraid that their revenues could collapse. After all, many of the tourists are their customers, even if the majority of them just turn up in front of the windows to stare.