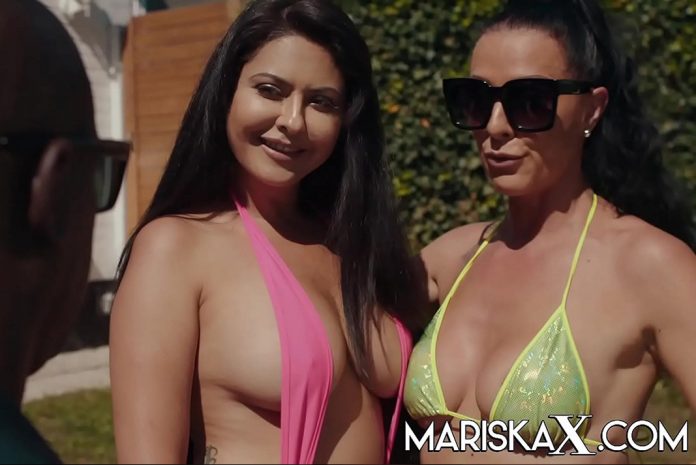 Have you ever dreamt of a hot encounter between VENUS stars Mariska X and Texas Patti? You’ll find it in the latest release on MariskaX.com. In addition to the two beauties, »How To Train A Hot Wife« also features Lina Luxa, Valentina Ricci, as well as Freddy Gong, and Joss Lescaf.

If you’ve always wanted to see two of the biggest VENUS stars in one movie, your dreams have now come true: Texas Patti and Mariska X give a special performance in the latest movie released on MariskaX.com

About the plot of the movie, Mariska X’s studio writes: »Hot wife Mariska loves to experiment with sex, all kinds of sex, with her husband Joss, his best friend Freddy, and her girl pal, Valentina. Not even Freddy’s girlfriend Texas Patti is off-limits when Mariska joins them both for some naughty double-anal fun. And while mom Mariska is away, her daughter Lina and boyfriend Josh have their own fucking adventure.«