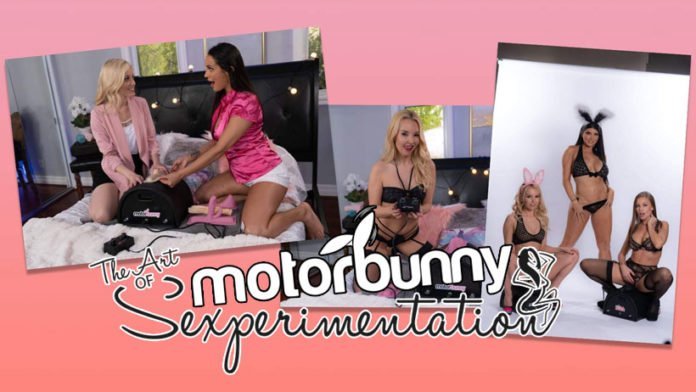 The adult stories of the bestselling author Selena Kitt featuring the Motorbunny serve as the basis for the movie series. From Kitt’s point of view, the device is the »Cadillac among sex toys«.

The first two episodes have already been released. They feature Romi Rain and Aaliyah Love with Tommy Pistol.

Here are the release dates for the upcoming episodes:

Further information about the Motorbunny can be found here. The film series can be purchased online as a VOD offering. A DVD release is scheduled for the end of August.