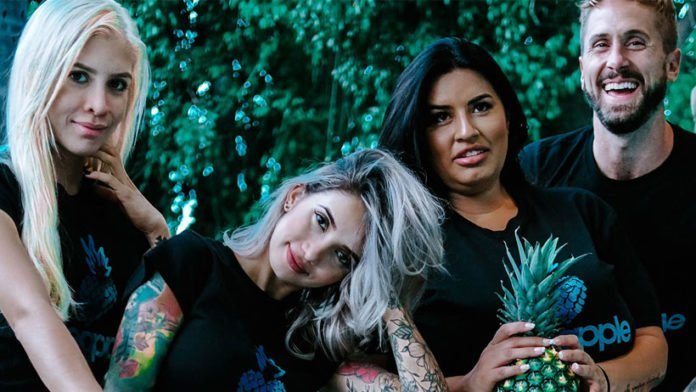 Founded in April 2018, more and more production companies and market players declared their support for the organization, which helps members of the industry find psychologists and therapists who are sex work-friendly and approach the particular demands without prejudice.

After one year of existence, Pineapple Support proudly announced in May of this year that it had connected 130 performers to psychological counseling centers. Forty performers received free or subsidized therapies through the organization. The phone helpline has also been heavily used. Leya Tanit, president of Pineapple Support, said that her organization had since been able to help over 500 performers receive psychological care.

About the decision to support Pineapple, a spokesperson for Erotik.com said: »We have all read the sad news of the past few years. Each of these cases had touched me deeply. When I got to know Leya and her team and saw firsthand the passion with which they wanted to help our industry, it was immediately clear to me that we would support them.«

Commenting on Erotik.com’s sponsorship, Tanit said: »We are thrilled to have the support of Erotik.com. With industry leaders like Erotik.com behind us, we’re able to continue our mission to support the mental health and well-being of sex workers around the world.«

According to Erotik.com, it is the market leader for Video on Demand in Europe and collaborates with studios worldwide. Through its platform DVDErotik.com, the company owns one of the largest movie databases in Europe.

Further information about Pineapple Support can be found here. To learn more about Erotik.com and DVDErotik.com, click on the respective links.