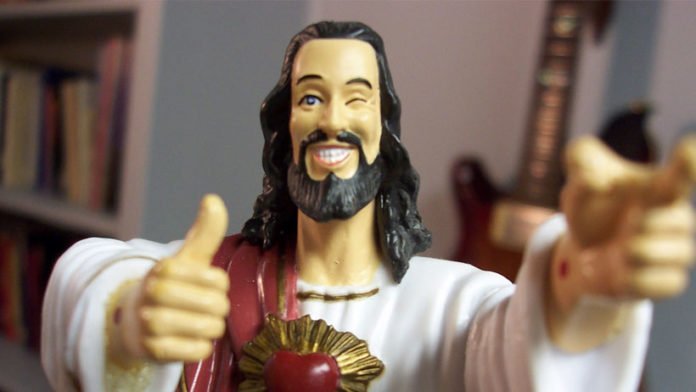 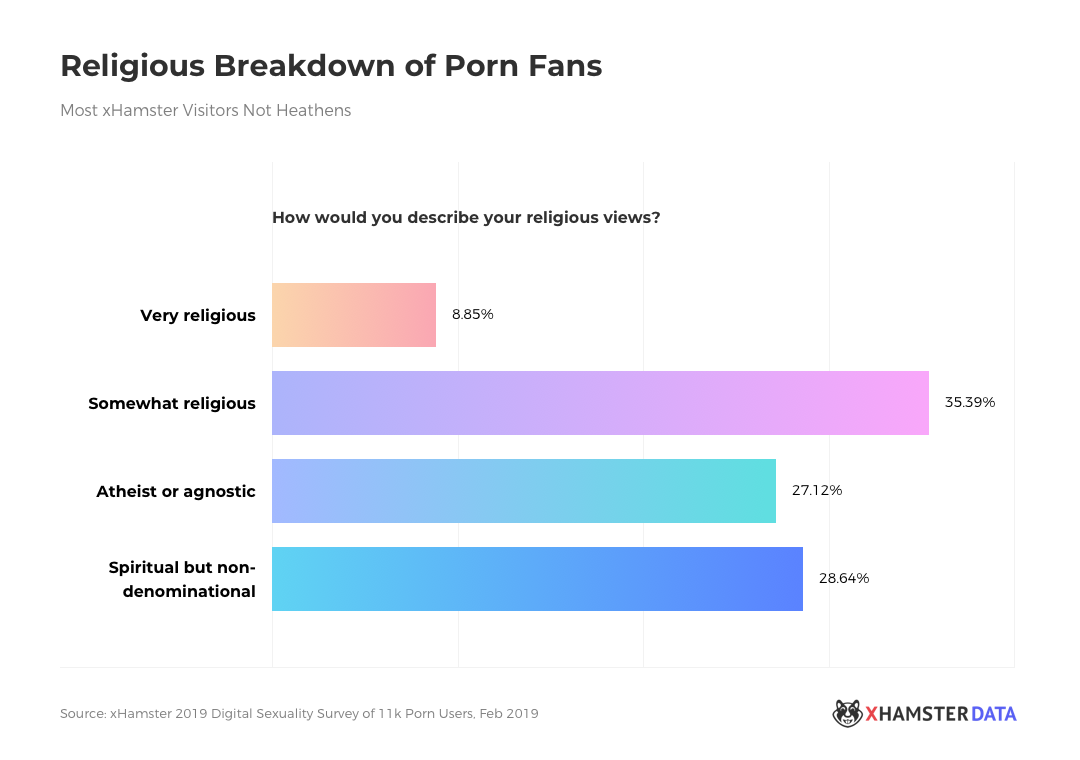 Only 27.12% of respondents identified themselves as atheistic or agnostic.
Among the very religious users, the probability of being married, politically right-wing or conservative and living in the south of the USA increased considerably. Overall, they had less sex than other groups of users.

A good 35% of very religious users stated that they rarely or never had sex, just under 15% said they have sex a few times a year. Contrary to what one would expect, very religious users are rarely interested in homosexual content. (This could be a point where respondents might be tempted to cheat.) 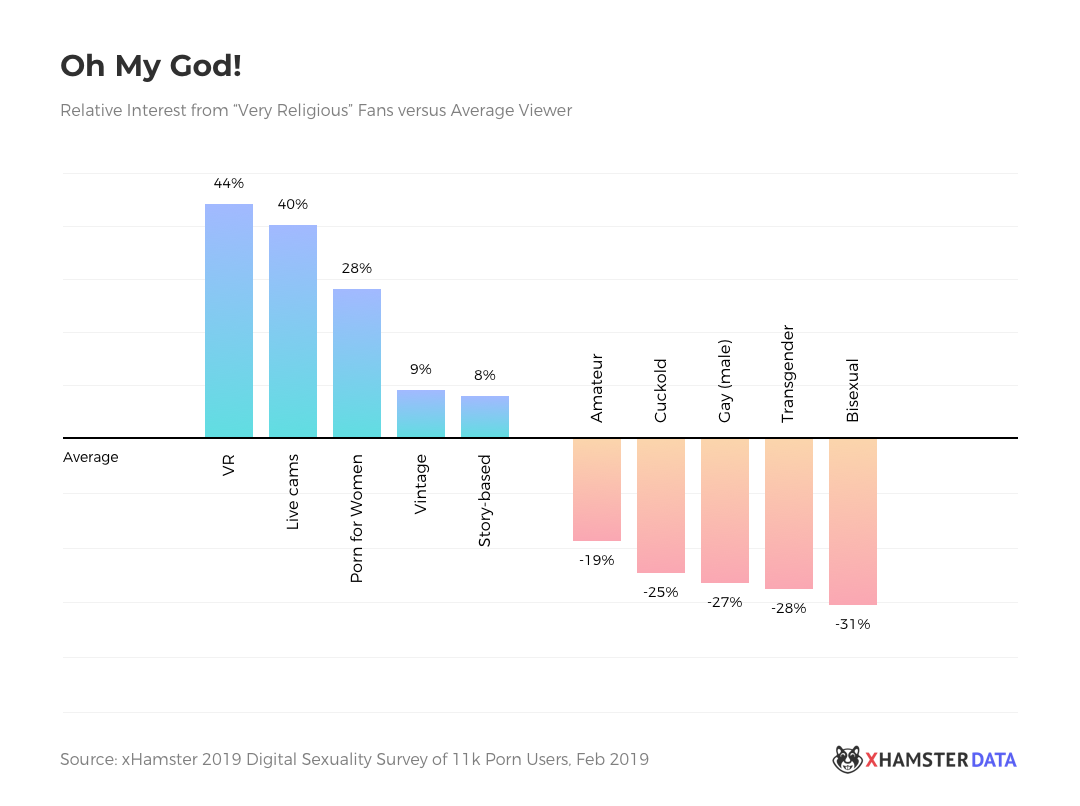 Interestingly, those users who consider themselves very religious tend to consider pornographic depictions to be accurate representations of sexuality in real life. More than 40% of very religious users said they believed that. For average religious people, this percentage is only about half as high. 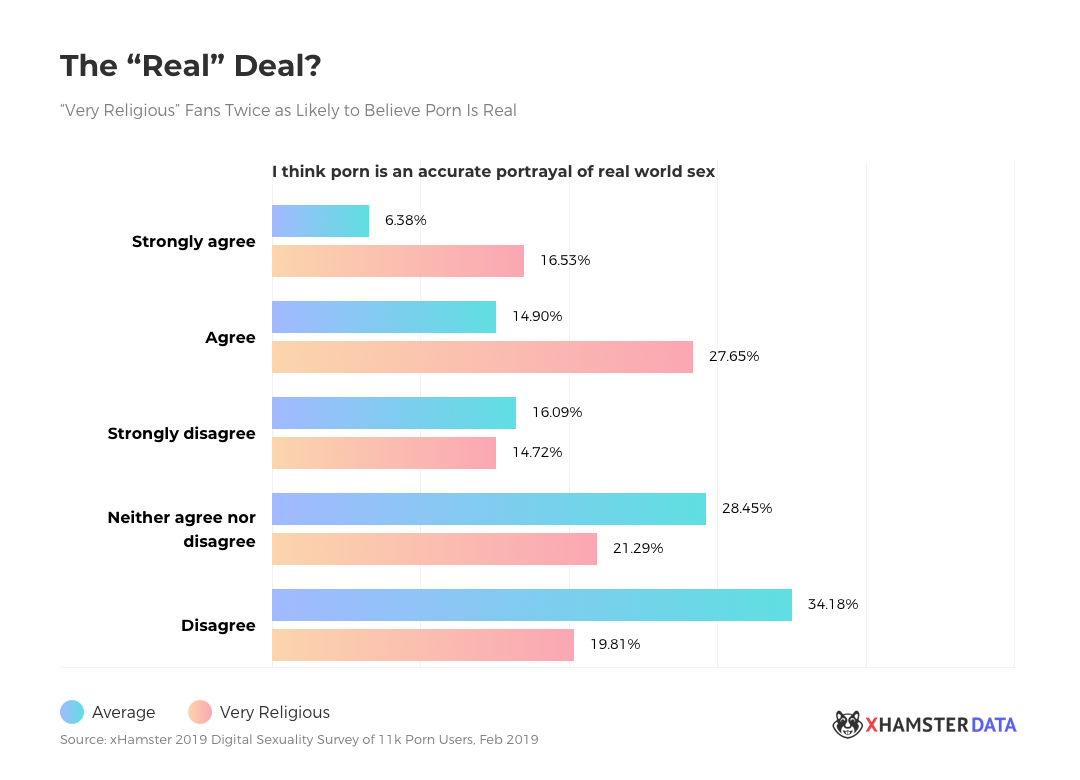 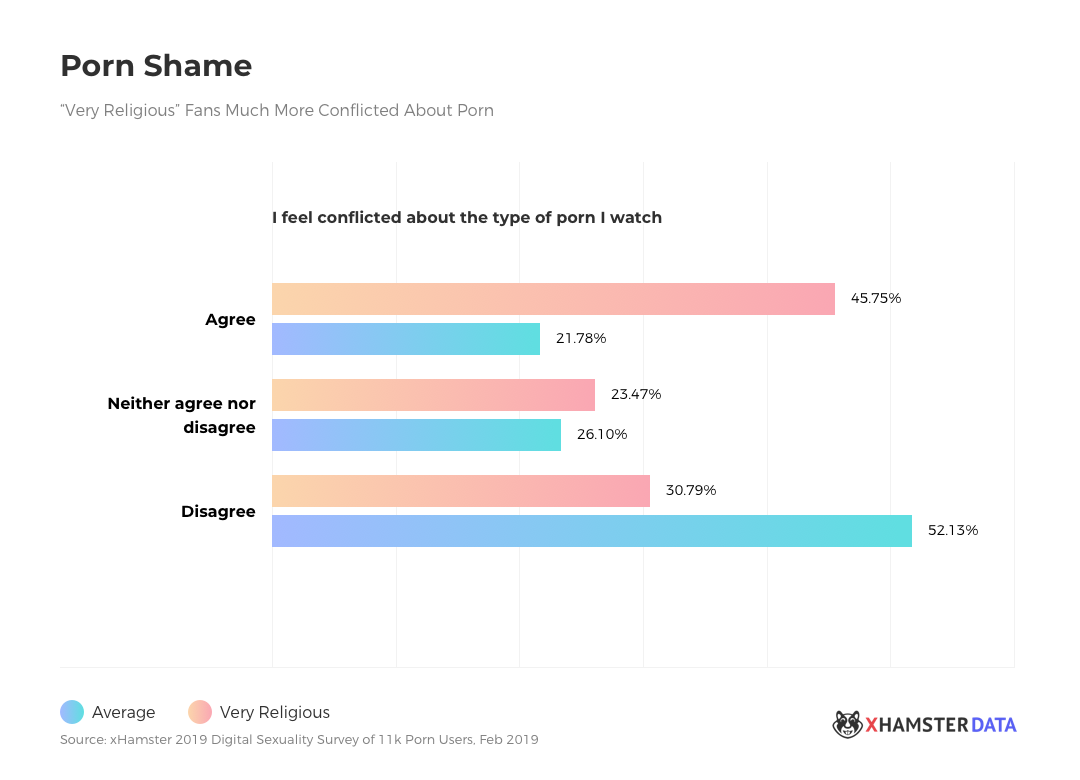 6.77% said they spend as much per year on pornographic content. Only less than half (3.04%) of the average religious people reported a similar spending behavior. However, in the price range of 25-100 dollars per year, the average religious users lead. 8.15% of the respondents in this group reported such spending behavior for the past year. Among the very religious users, this is only 5.52%. 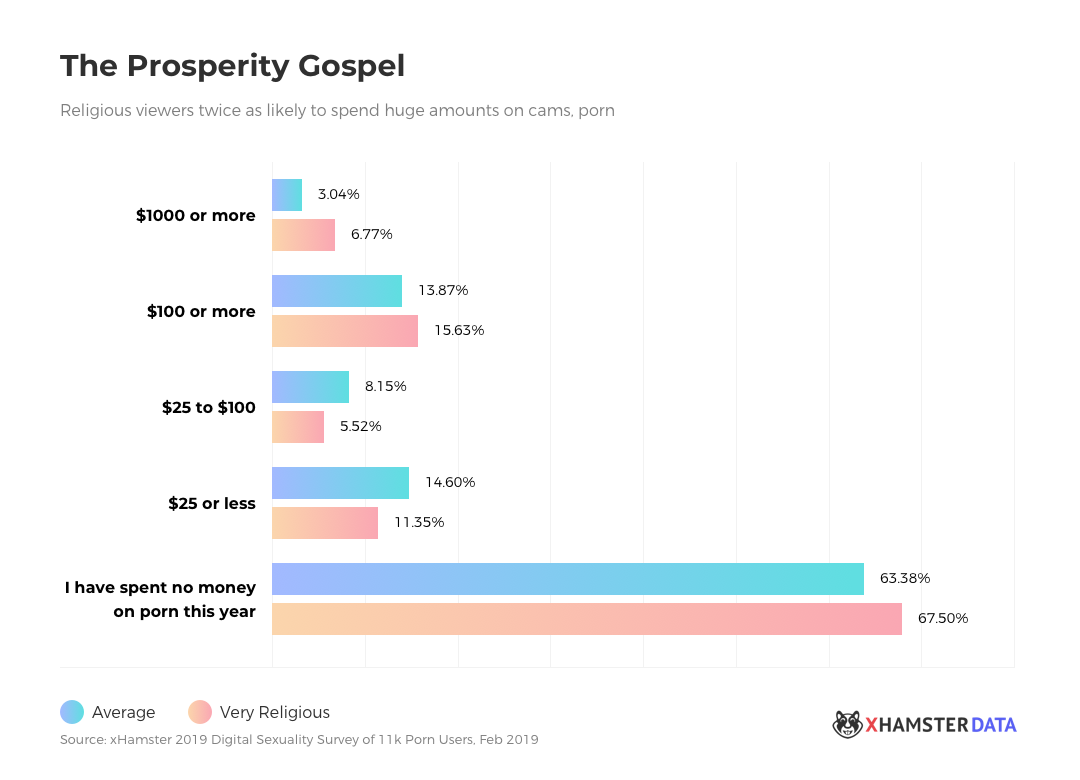