All in all, Halloween fans are more likely to keep it traditional for pornographic searches. »Monsters«, »vampires« and »aliens« rank very high, all of them classics for Halloween costumes as well as popular horror stories. Somewhat surprisingly, the terms »mummy«, »clown« and »cannibal« ranked ahead of the »werewolf«, which is often perceived as sexy, and also ahead of the witch. 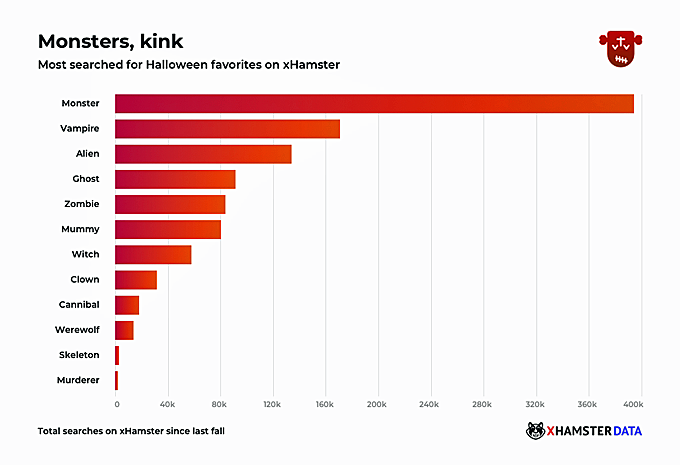 An interesting aspect is the breakdown by adjectives, which are probably popular across seasons and do not automatically have to be related to Halloween. The terms »captured«, »attacked« and »kidnapped« are clearly in the lead. Terms such as »dangerous«, »possessed« or »haunted« were rare, but far more frequent than a term with criminal implications »stalked«. 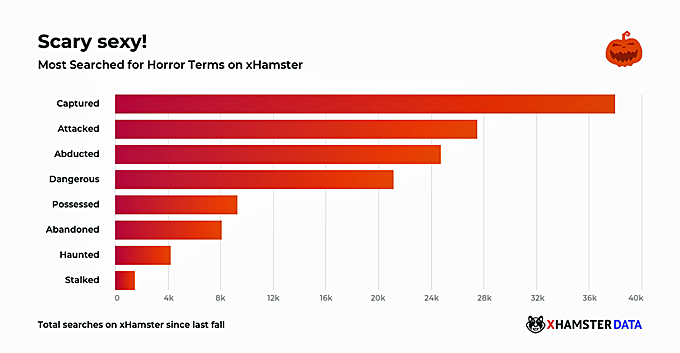 The most popular horror figures were Annabelle among women and Joker among men. But also quite unsexy characters like Chucky and Pennywise were searched for more frequently during Halloween.