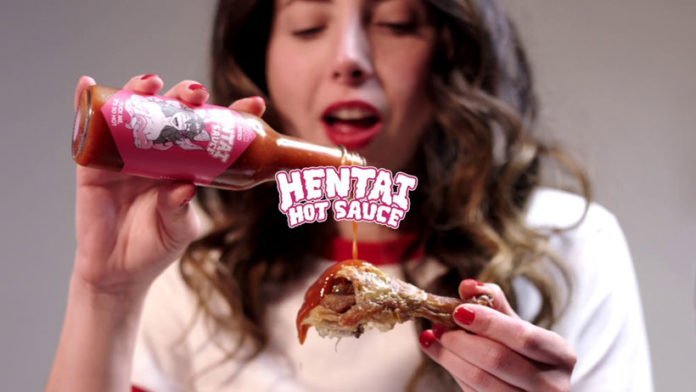 Nutaku apparently profits from the YouTube trend to try ever spicier sauces. One of the pioneers in hot sauce entertainment is the incredibly funny YouTube series »Hot Ones« produced by First We Feed. In the series, presenter Sean Evans interviews Hollywood stars and celebrities as they eat increasingly hotter chicken wings.

Nutakus Hot Sauce has sold more often than the hottest sauce of the Hot One’s label »The Last Dab Reduxx«. Since every episode of the hot sauce interview series is watched millions of times on Youtube, it was only a matter of time until Nutaku followed up to reproduce their sauce.

As a viewer of the »Hot Ones« series on Youtube, you know that certain chili varieties are particularly spicy and the biggest challenge for the show’s guests is to try chicken wings with sauces mixed with Ghost Pepper or Caroline Reaper chilies.

Both chili varieties are included in the nutaku sauce and should give fans of extreme spiciness great pleasure. Since hot sauces are always presumed to provide a particularly intense sex drive, the sauce may also be interesting for sex shops. The product is definitely an unusual POS item.

In the Nutaku shop, the sauce is currently offered for $14.99. But clever retailers can perhaps close lucrative deals with the manufacturer? If you want to try the sauce yourself, you can order one here.

The commercial for the sauce can be found here: