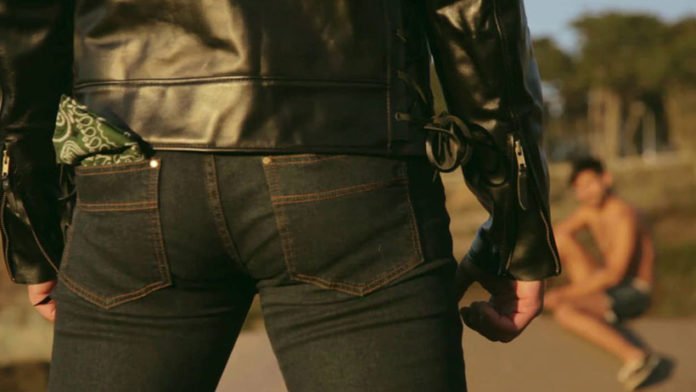 Kink.com, the presumably leading provider in the field of fetish pornography has given a series by filmmaker Leo Herrera a new home and broadcasts the latest episode free of charge via its own network. Is Kink’s support for »The Fathers Project« another sign of the growing political awareness of streaming portals?

Only recently, many major media outlets became aware of what is happening at Netflix. The global streamer, which has changed the viewing habits of tens of millions of people, is positioning itself more and more as a liberal platform with a clearly progressive line in the age of increasing populism.

The platform created socio-critical documentaries, a remake of the gay and lesbian »Tales of the City« by Armistead Maupin, »When They See Us«, a film adaptation of the case of the so-called Central Park Five, which tells the story of five unjustly convicted Afro-American New Yorkers, »A Special Life«, a comedy series focusing on a young man suffering from cerebral palsy. Last but not least, the alleged three-digit million dollar deal with Barack and Michelle Obama should also be mentioned. The former president of the United States and his wife Michelle will produce progressive documentaries, series and films for Netflix in the coming years.

The new editions and further development of series such as »Arrested Development«, »Better Call Saul« and »Full House«, the comedy specials by Hannah Gadsby and by the gay and lesbian icon Ellen Degeneres as well as the reactivation of liberal star comedians like David Letterman and Jerry Seinfeld also shows a very clear position on the part of the world’s leading streaming service. The will to not only offer mass entertainment but also to promote programs with a clear, progressive attitude seems to be strong at the company.

Herrera had difficulties publishing his series due to the explicit sex scenes. On Slate.com Herrera talks about the increasing difficulties that a project like this is facing due to stricter censorship regulations on social media. »Every step in producing ‘Fathers’ has been a battle.« Numerous social media platforms have blocked the series as well as the advertising for it.

Kink.com decided to help Herrera because it considers the series and its message important. For the fourth episode, the director was able to draw on the good name of Kink.com, and suddenly numerous locations opened up for his team. The new episode revolves around the photographer Robert Mapplethorpe, who died of the disease in 1989. The episode opens with a portrait of Mapplethorpe as an aging man with an Instagram account of 1 billion followers.

Will artistic freedom only be possible on adult sites?

Regarding the cooperation with Kink.com, Herrera says: »In an episode that opens with Robert Mapplethorpe’s Instagram, shooting [there] was a no-brainer. Faced with the choice of releasing only a heavily censored clip, I decided to do what ‘Daddy Robert’ would have done and say, ‘Fuck it.’ Kink.com stepped in to distribute the uncensored episode for free, giving the project full artistic freedom.«

Matt Slusarenko is VP at Kink.com. He also commented on the unusual collaboration: »Queer spaces online are disappearing, and even the online spaces we have are becoming more restrictive, more closeted. Gay acceptance may have gone mainstream, but gay sexuality remains as difficult and controversial a topic for corporate America as it ever was. And on social media, topics like sex work, BDSM and fetish are relentlessly censored, which means that activism, fundraising, awareness, health and education related to those topics are censored as well. That’s why it was so important for Kink to find a way to support this episode of ‘Fathers’ Project,’ and make sure it could be seen by the community.«

If the cooperation is successful, streamer and tube sites could soon come up with the idea of giving series, documentaries and films censored elsewhere a home on their sites. This would be an interesting development that could basically affect content adult content of all kinds and also open up further distribution channels for mainstream producers and artists. The censored version of the fourth series can be found on Vimeo. The uncensored version can be viewed free of charge on Kink.com’s website for the project, but only after registration.