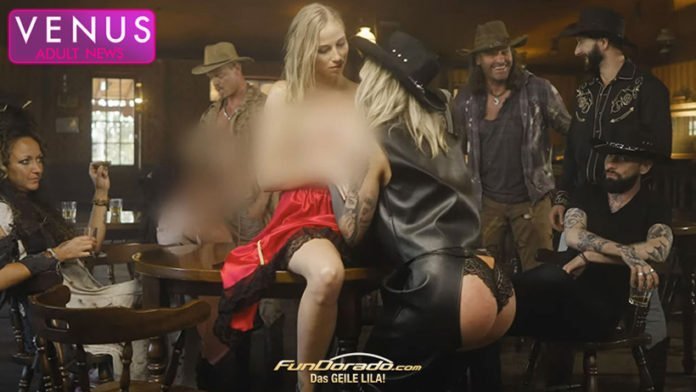 A censored version will also be featured on Youtube. On the other hand, an exclusive, uncensored version will be available on FunDorado.com, with images like you have never seen before from Rednex. In addition, a ten-minute clip with explicit scenes of the actresses Vanessa Rose, Eva Pickel and Sirena Sweet and the actor Bodo Banger will be released. These will of course also play an important role in the music video.

The music video shows a scenic saloon in the fictional Western town »El Dorado Templin«, where people party, laugh and flirt. On stage, Rednex performs their country dance song »Manly Man«, while the aforementioned girls drive the men in the saloon crazy. Thus the video radiates a lot of fun, naked skin and a stylish overall picture, where it is sometimes hard not to be distracted by the beautiful women.

This is the original (old) version.