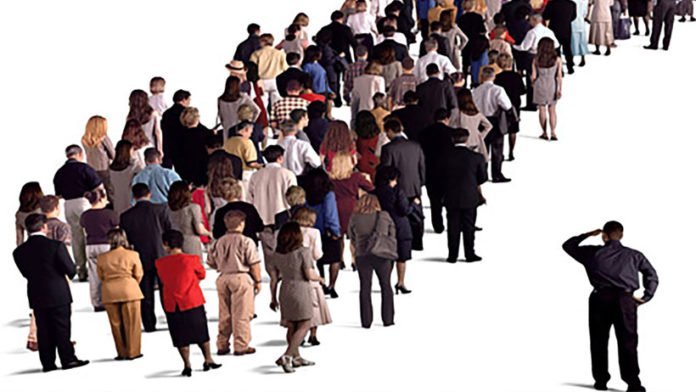 The founder of Justfor.Fans is launching an app that promises to help social media users plagued by censorship and suspensions. Dominic Ford promises that followers can be transferred to new accounts without much effort.

It is becoming more and more difficult to operate in social media as an adult performer, model, studio or sextoy company. The worldwide efforts to curb, censor or even prevent adult content often lead to sudden bans on social media accounts that were painstakingly established over many years. A huge, sometimes threatening economic problem for many industry players. Especially on big American platforms like Facebook, Instagram and Twitter.

The use is relatively simple – although only for active users of Justfor.fans free of charge. Account owners can use their Twitter to send a message asking users to click on a link so that they can remain followers of the account owner even if the account is blocked, moved or deleted.

A company spokesman said, »Every day, members of the adult industry have their accounts on Twitter and Instagram shut down. Messages from people in the community saying ‘@X’s account was shut down, everyone go follow him/her at this new account: @newX’ are becoming more frequent. So are messages from performers saying ‘Follow my secondary account in case this one gets removed«

End users, fans and followers can use the service free of charge. Performers and other account owners without Justfor.Fans accounts, however, have to pay 100 dollars per 20.000 transferred followers.

On the websites of performers and models of Justfor.Fans the service will be actively promoted. Ford sees this as proactive support against the increasingly harsh climate affecting the community. »“Our industry is constantly under attack from the companies and services who use us to help them grow, and then try to get rid of us. It is my mission to provide tools and services to our community to mitigate these attacks. KeepFollowing.me is a way to maintain social connections beyond a singular social media platform or account.«

Ford’s career is a plus for his company

Ford sees his own career as an excellent basis for building trust for his services: »I have been in the porn industry for 10 years, and that makes a huge difference. Studios and blogs are afraid of sites like my competitors’ sites because there is no way for them to look into them and make money. I created a platform that understands agents and studios and affiliates. My goal is to create a system that this industry can use so everybody can make money from this type of content. I have been on camera and behind camera so I know firsthand what models want. And I have a very close relationship with so many of them.«

The company has also taken data protection into account. Users who use KeepFollowing.me don’t have to worry that their personal information will be shared with performers or account owners. In the future, Ford wants to expand the service so that it can be used as a cross-platform communication tool for performers to communicate with fans.

More information can be found here.