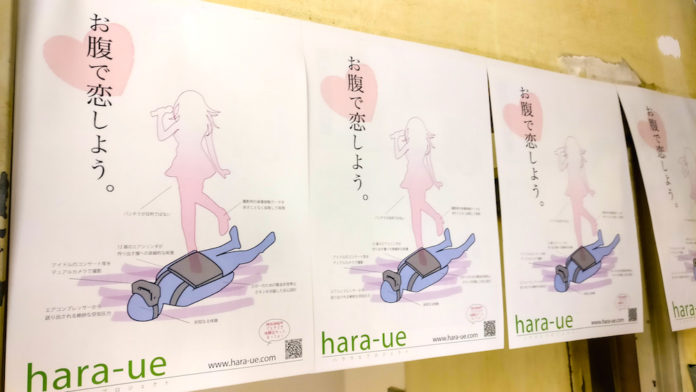 On a sunny and warm Wednesday morning in Tokyo I was invited to attend the Adult Virtual Reality Show. The last time the show was held too many people wanted to attend. This time only people who bought one of the 500 tickets online received details about the location — an abandoned hospital in Tokyo’s Shibuya ward.

Here are some of the most notable things spotted at the event.

With The Hara Ue Project, a person physically lays down on the ground and the tech simulates a female with a short skirt walking on the wearer’s chest. A vest provides haptic feedback while the VR headset provides visuals.

For the demonstration, I was wearing a mobile VR headset and watched a video of a female punching me in the chest. 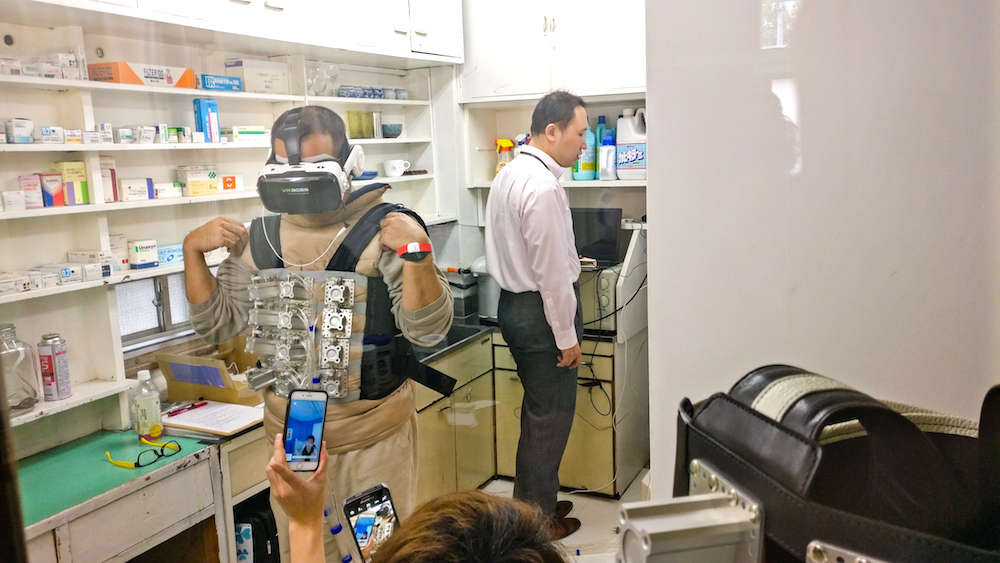 Like many of the exhibitors at the show, TMA is selling adult movies for mobile VR headsets. With this company, a card with a QR code provides access to the movie. 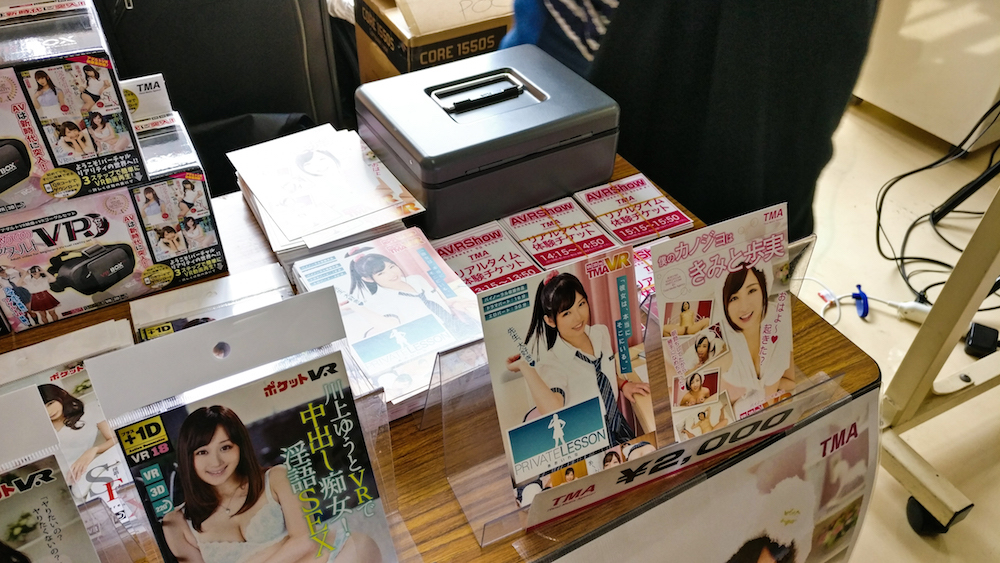 They had an HTC Vive at the booth and once I sat down, and had it on my head, I saw adult performer Kimito Ayumi do a live show that was streamed to the headset. I spoke to her and the audio of what she said was streamed along with the video. 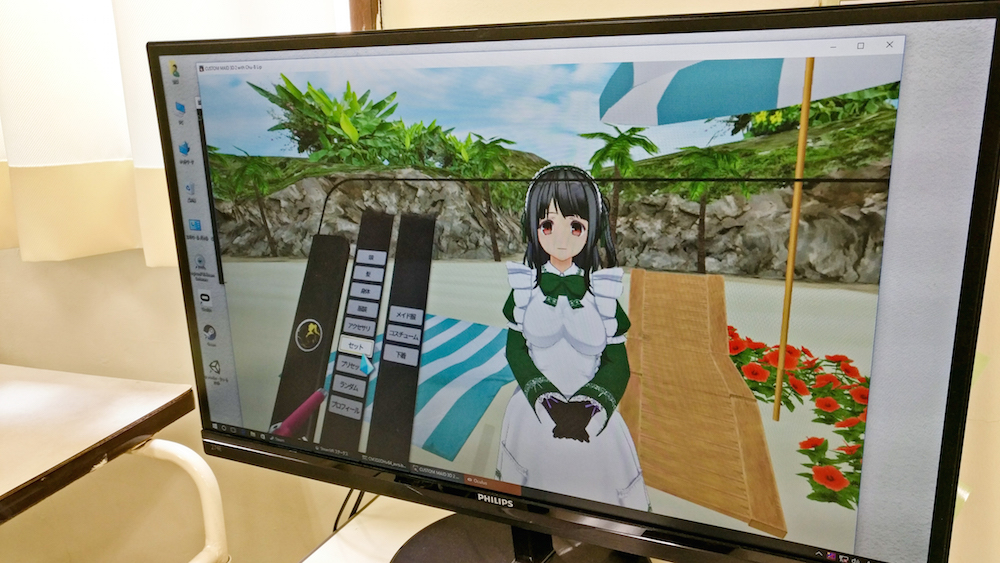 Custom Maid 3D software was also on display. It begins by modifying a character with choices similar to the character customization of roleplaying games. After building a fantasy maid, the character is then fully interactive.

All sorts of headsets were on display such as Oculus Rift, HTC Vive, Google Cardboard and Samsung Gear VR. Pornography is expected to be one of the largest VR use cases, and the Japanese are embracing it already today.”