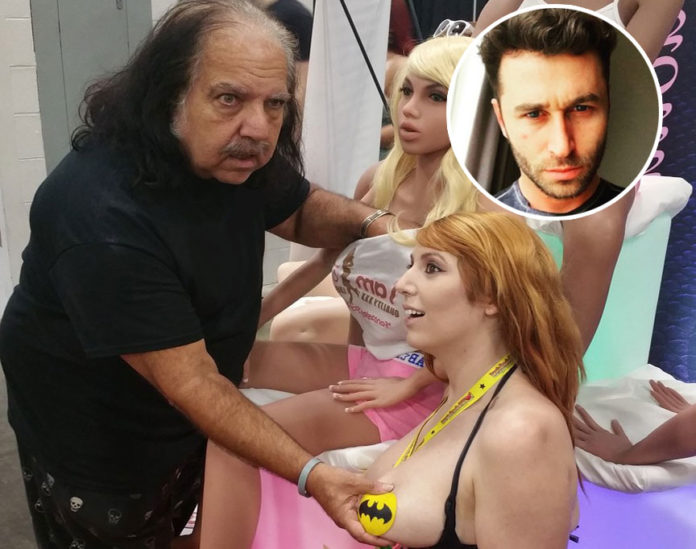 In a watershed moment after the Weinstein allegations came to light the #metoo campaign is gaining more and more traction. In the last few weeks, several media power players were ousted because of sexual harassment charges leveled against them. Victims of harassment speak out, a growing chorus highlights the severity of the problem. And for the first time in history, powerful men do have to pay the consequences for their behavior – even though – for now – there are no court decisions.

Two prominent members of the porn community – the actors Ron Jeremy and James Deen – keep getting mentioned as well. For years people were concerned about their behavior. Webcam model Ginger Banks took it one step further and highlighted Ron Jeremy’s problematic behavior during conventions and fairs in a YouTube video early this year. Only now though Exxxotica, one of the biggest adult shows in the world, chose to act and ban Ron Jeremy from all future events. Before the Weinstein allegations, before #metoo and before public pressure kept mounting Exxxotica boss J. Handy dismissed Bank’s allegations in a statement mentioning several other problems worth getting a second look.
It is painfully obvious: The adult community still has a lot to do to address sexual harassment appropriately. The elephant in the room is and remains James Deen. The rape accusations against the actor have been out in the open for over a year now. For a while, it seemed as if the more than 10 women raising their voice against the performer were listened to. But consequences were only temporary for the actor. Many companies still work with him and Venus Adult News reported on many projects of the troubled porn actor.
If Hollywood can do it though, so can this industry. It needs to address this problem otherwise the sex-positive movement within adult entertainment and the mainstreaming of sex toys, porn, and adult entertainment can’t become sustainable. For years now the industry is getting away from shady, half-legal pasts and many people work hard and convincingly on getting female customers. This won’t work though if harassment, assault, and rape aren’t addressed properly. The workplace conditions of people in adult entertainment and of sex workers need to be safe.
Several performers chose this moment in time to release their #metoo story of harassment, assault or unwanted sexual attention. Venus Adult News will report on these stories and can serve as a platform for anyone willing to talk about this, if necessary anonymously for now.